Has Michael Carrick played his final game at Old Trafford?

Michael Carrick may have played his last game at Old Trafford as a Manchester United player following the 3-1 victory over Bournemouth on Tuesday.

Carrick, who has been at the club since 2006, is out of contract at Man United in the summer. He has appeared over 400 times for the club and won five Premier League titles along with lifting the Champions League trophy in 2009 under Sir Alex Ferguson.

The veteran put in an excellent display against Bournemouth but he looked forlorn as he thanked fans with his children after the clash: 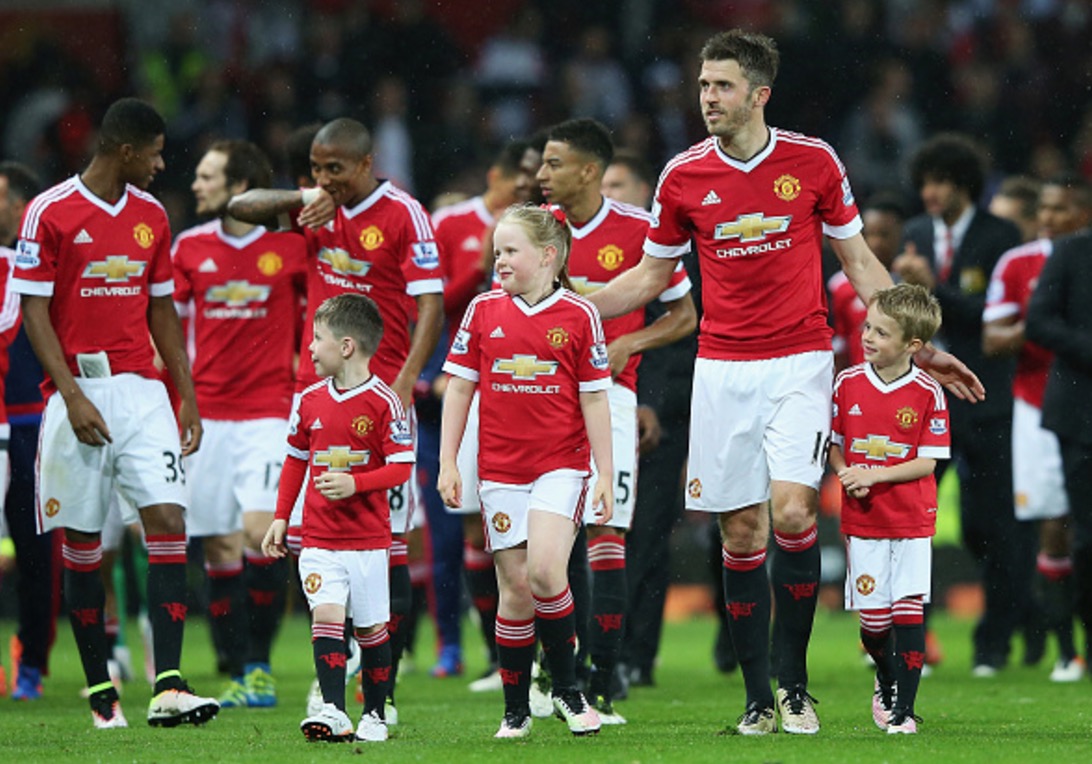 The former England international could be tempted away from England with offers from the MLS and the Middle East possibly on the cards.

There were also reports that Newcastle United might be interested but their relegation could change that. Carrick can still operate at a very high level but United’s recent transfer activity suggests his time at the club is nearing its end.

United bought Bastian Schweinstieger and Morgan Schneiderlin in the summer and with Wayne Rooney also seemingly converting to a deeper role in midfield, Carrick may see himself pushed to the peripheries of the squad if he is to sign a deal at the club that keeps him beyond this summer.

If it was to be Carrick’s last game, he went out the same way as he played most of his time at the club – he had a 93% pass success rate in a solid performance at the base of midfield.