Manchester United produced an assured and effective performance in the 3-1 win over Bournemouth last time out and Louis van Gaal may be tempted to leave things as they are for the FA Cup final this weekend.

Although the game was effectively a meaningless one, Man United showed their class on the day as goals from Wayne Rooney, Marcus Rashford and Ashley Young secured victory for the Reds.

It was a good dress rehearsal for the main event on Saturday and the same side could well line up at Wembley: 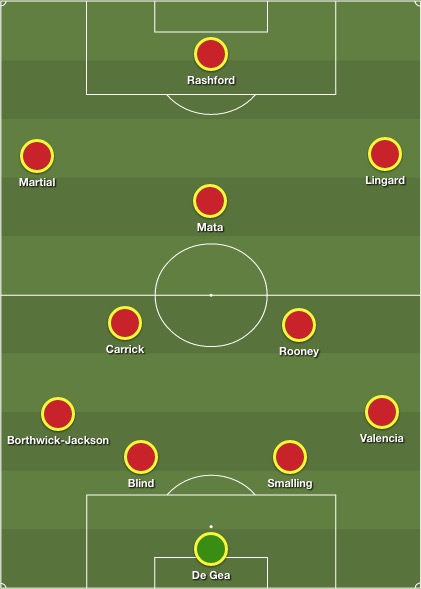 Antonio Valencia and Cameron Borthwick-Jackson were solid in the full-back positions, Rooney showed an excellent range of passing in midfield while Anthony Martial and Rashford were in a dangerous mood going forward.

Of course, the final at Wembley will represent a completely different kettle of fish for United but if they produced a similar performance they can be confident of seeing off Crystal Palace.

Supporters are desperate to end the season on a high note following what has been a largely disappointing campaign and an FA Cup victory could prove to be a turning point for United’s fortunes in the future.