Marouane Fellaini is available for selection again for Manchester United after serving a three-match ban and the Belgian will be hopeful of starting the FA Cup final against Crystal Palace this weekend.

Fellaini has proven to be the man for the big occasion in recent months, with his performances against West Ham United and Everton in earlier rounds crucial in Man United’s path to the Cup final at Wembley.

The midfielder’s physical style of play and lack of class on the ball isn’t to every supporter’s taste but there is no doubt that Fellaini can do a job in terms of disrupting the opposition’s attacks. He is in with a shout of starting on Saturday: 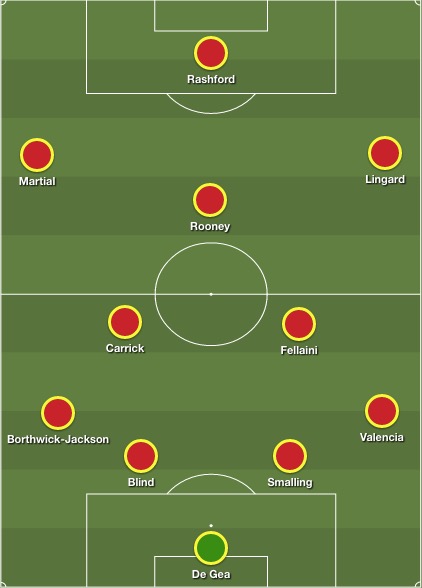 Elsewhere, Marcos Rojo may miss out despite returning to fitness ahead of the game.

Cameron Borthwick-Jackson has looked far more solid recently than Rojo, who has proven to be a liability as of late.

Morgan Schneiderlin may also have to settle for a place on the substitute’s bench as his last appearance, against West Ham in the Premier League, was one to forget, as a disappointing 45 minutes led to him being hauled off at half-time.