Jose Mourinho emerged from his house this morning with a big smile on his face and why wouldn’t he? After all, he’d just landed his dream job after three years of waiting.

As he got into his car, Mourinho signed what will be the first of many United shirts for fans. 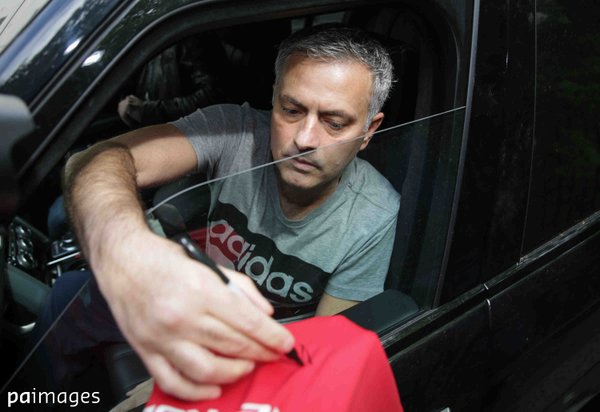 The reaction to Mourinho’s official announcement has been widespread support from United fans who are delighted to have him in charge. Like me, their tune has changed from three years ago when appointing Mourinho didn’t seem like a possibility but now made perfect sense.

In terms of what’s next for Mourinho, he’ll be working hard in the transfer market to build the squad he wants but we’ll see him at Old Trafford in the dugout very soon.

Mourinho is in charge of the England squad for Soccer Aid on June 5 so in less than two weeks we’ll get to see Mourinho at Old Trafford as United manager for the first time, although of course it won’t be for a United game. Regardless of that, there will be a huge buzz around the game now for that very reason.