Jose Mourinho coincided the official announcement from Manchester United that he’s become our new manager with opening his Instagram account.

And what a first post from Mourinho – he’s sent fans a picture of his contract with Man United. 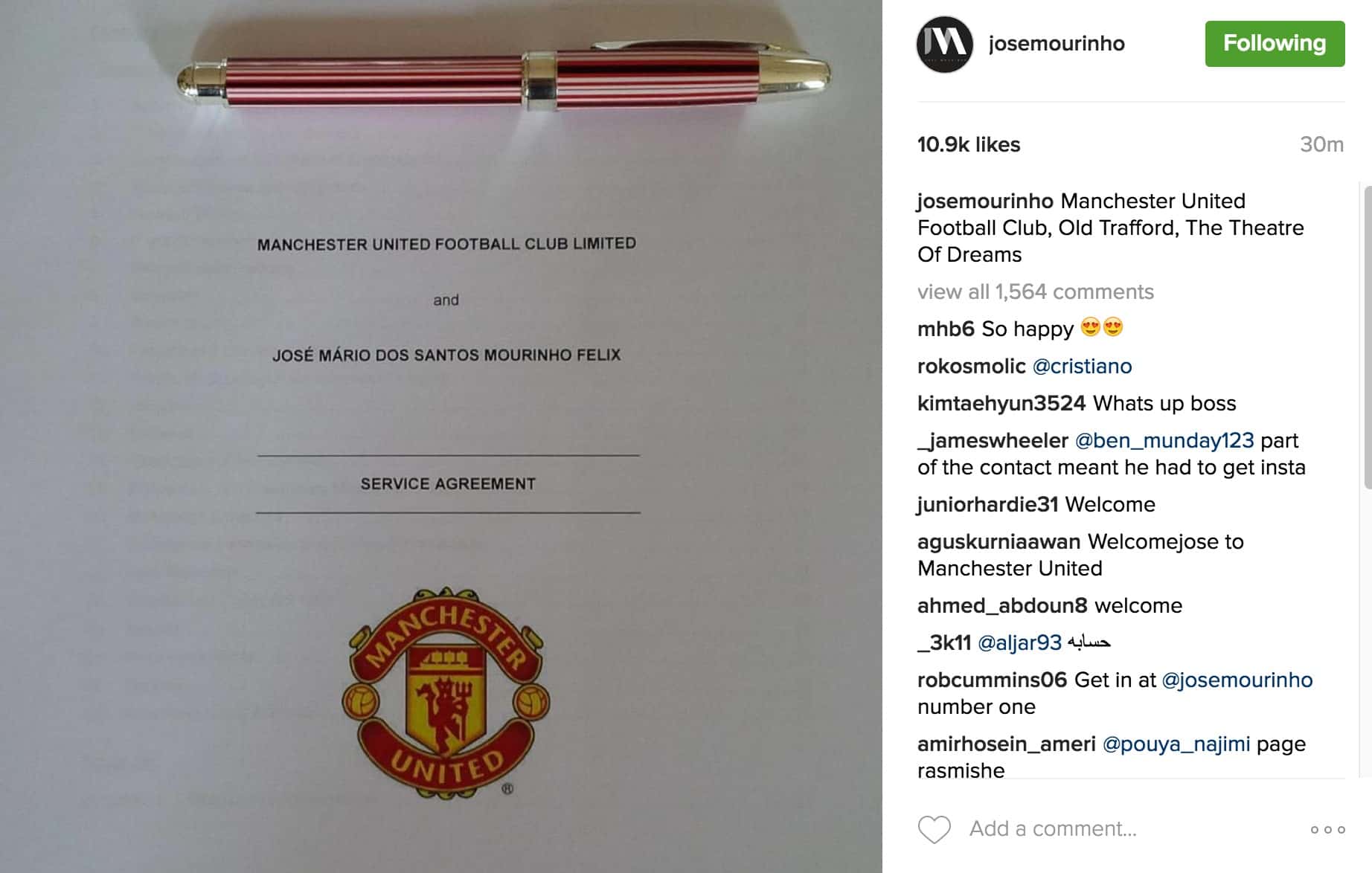 Mourinho and United are a perfect match. We’ve got one of the biggest clubs in the world and one of the biggest managers coming together at the right time. After three years of turmoil since Sir Alex Ferguson retired, we’re now in the perfect position to move forward as a club.

There’s no guarantees Mourinho will be a rosy ride. In fact, if anything, there are guarantees it will be a bumpy one but it’s a journey United fans are happy to embark on. Jose is blockbuster and United need an arrogant man like him to help re-build our image.

With Pep Guardiola at Manchester City, Mourinho at United, Jurgen Klopp at Liverpool, Mauricio Pochettino at Tottenham Hotspur and Arsene Wenger at Arsenal, next year is all set up to be one of the most memorable in Premier League history.