The figures, published by Opta and tracked by analysts Tracab, confirmed that Martial came out on top in the speed stakes.

Martial was clocked doing a time of 35.25 kilometres per hour during the 3-3 draw against Newcastle United in February. It was faster than speeds set by Marcus Rashford, Luke Shaw and, surprisingly, Chris Smalling: 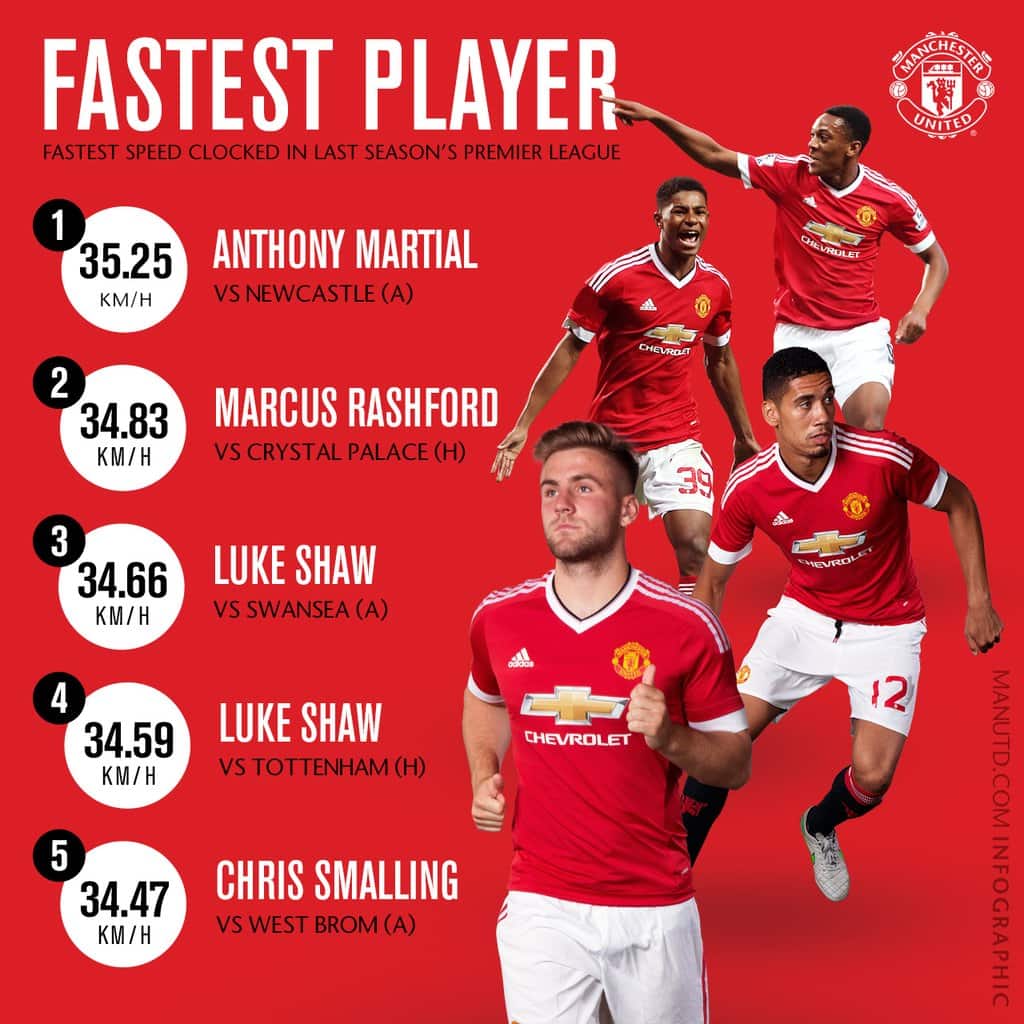 Martial was by far and away Man United’s most dangerous and effective forward last season and all the stats are proving that he was the team’s standout player last term.

The Frenchman was brought to United from Monaco as a relatively unknown quantity last summer but he is now considered to be one of the brightest young talents in the world.

Louis van Gaal was rightly sacked by the club this week following a poor season but the Dutchman should be praised for the way he recognised Martial’s talent and placed faith in the youngster. The hope now is that Martial will go from strength to strength under the reign of Jose Mourinho.