Home » Paul Pogba back at Man United? How the team would shape up

Paul Pogba back at Man United? How the team would shape up

Paul Pogba is a world-class talent and Manchester United’s starting XI would receive a huge injection of quality if recent reports linking him with a move to the club are to be believed.

According to The Independent and The Guardian, Man United have moved into pole position in the race to secure Pogba’s signature after Manchester City pulled out of negotiations.

Of course, United did once have Pogba on their books as a youngster but a falling out with Sir Alex Ferguson meant he departed for Juventus. But the past is the past and United should do all they can to re-sign Pogba if he is available: 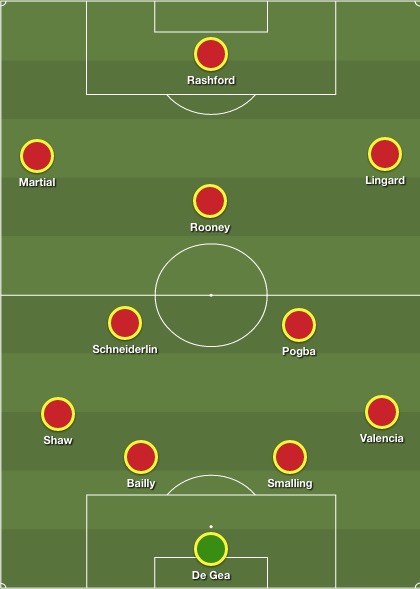 On paper, a midfield pairing of Pogba and Morgan Schneiderlin is a tantalising one. The former is a powerhouse going forward while the latter has a knack of providing a platform for others to build on through strong tackling and intelligent play. Schneiderlin didn’t have the best of seasons under Louis van Gaal during the 2015/16 campaign but Jose Mourinho should be able to get the best out of him.

However, Pogba’s potential arrival could significantly affect other players in the squad. It would be hard to see a place for Ander Herrera, a cult favourite at Old Trafford, in the side, while Marouane Fellaini’s days as a United player would be all but up.

But it is not everyday that a world-class player becomes available and United would be wise to try and persuade Pogba to join them.

If United are going to get back to the top and challenge for the Premier League title next term, they need to sign the best players and Pogba falls under that category. It would certainly send a message to the rest of the league if United pulled it off.