Dutch youngster Tahith Chong has confirmed that he will be joining Manchester United this summer.

The 16-year-old was expected to move after reports from Holland last month said it was an all but done deal and Chong has now updated his Instagram to reveal he’ll be a Man United player next season. 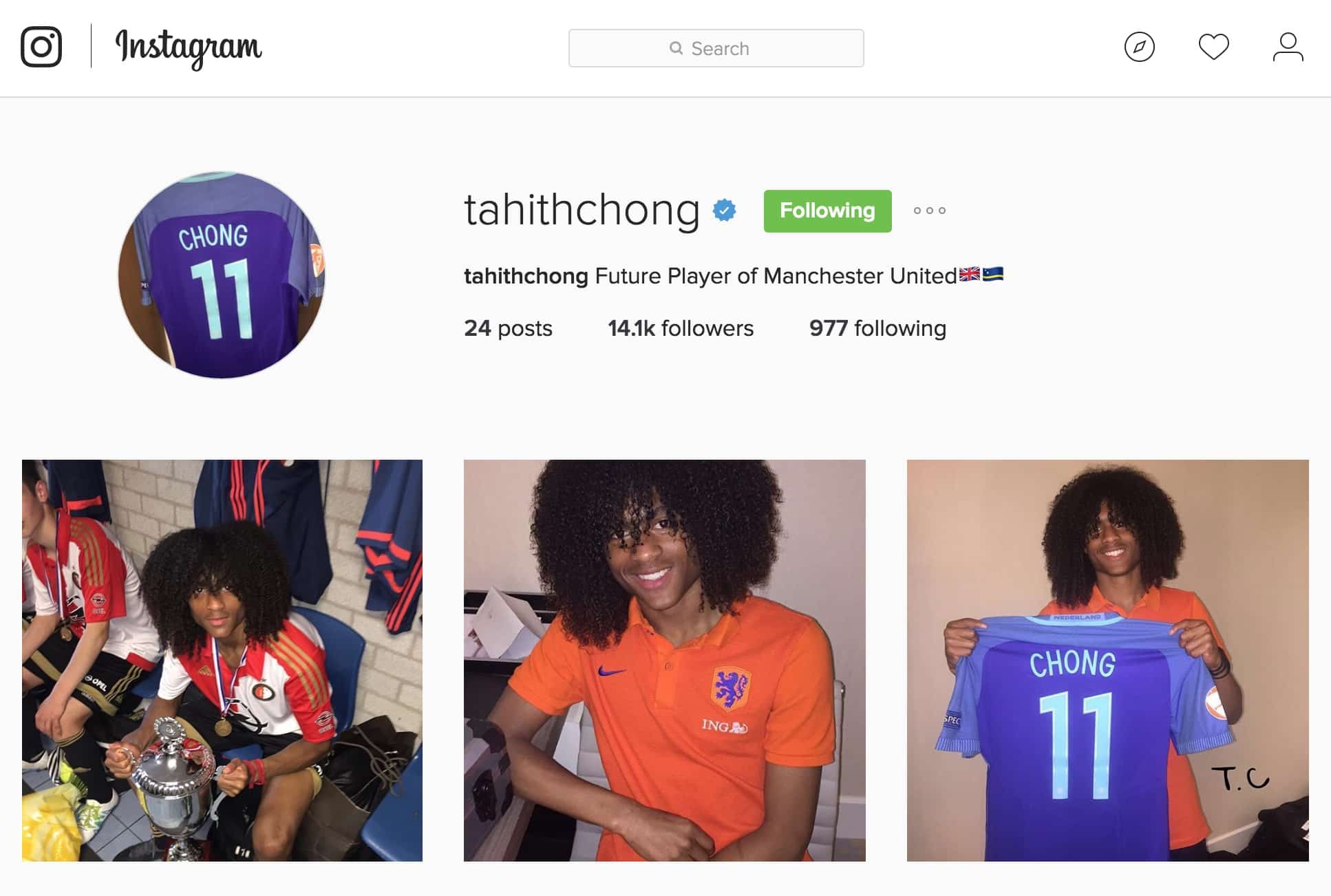 There were plenty of interested clubs in the Feyenoord winger but he chose Man United and fans will be immediately looking towards the breakout success of Timothy Fosu-Mensah as a success story for a Dutch youngster at the club in recent years.

For those who haven’t seen Chong play, he’s a tall lad but has got cracking pace which makes him a bit of a handful to defend against and a bit unique in that wingers tend to be small and dainty.

Chong will come straight into our U18s set-up but if he can mirror the progression of Fosu-Mensah, it shouldn’t be too long before he is playing with the U21s and, who knows, the first-team. I’m certainly looking forward to seeing how he gets on.