Manchester United boss Jose Mourinho is prepared to sell Matteo Darmian this summer, according to Tuttosport.

Mourinho has only been in the Man United job for two weeks but he is firmly in the process of reshaping the squad following a disappointing 2015/16 campaign.

The signing of Eric Bailly from Villarreal was confirmed on Wednesday and it now looks like Darmian will be one of a number of exits at Old Trafford. 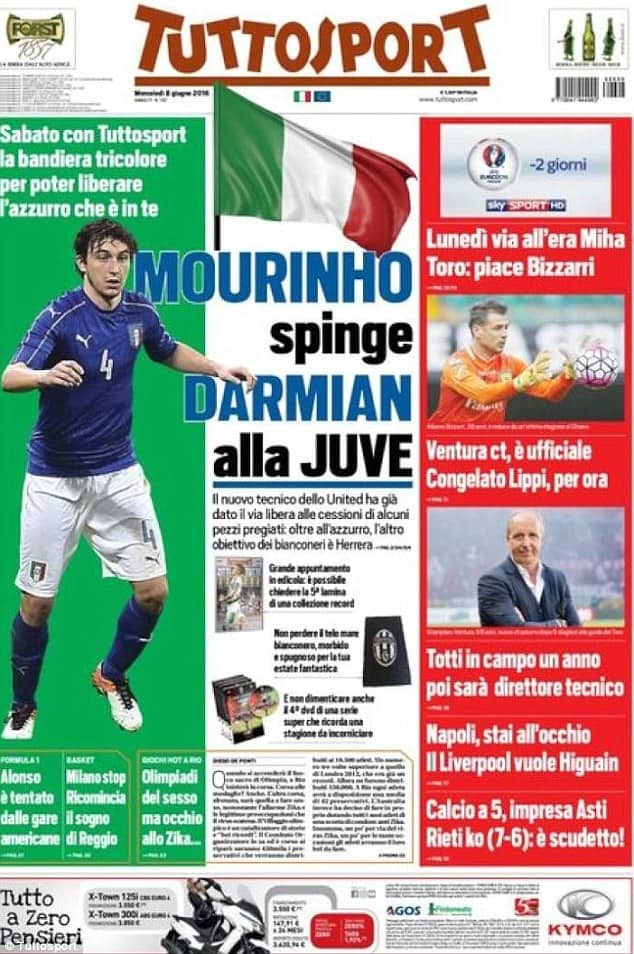 Darmian only joined United from Torino last summer but he suffered a poor debut season at the club.

He had got off to a brilliant start, winning United’s Player of the Month award for August, but injuries and a loss of form meant he lost his place in the side to Antonio Valencia.

On the face of it, you would think that Darmian is the sort of player that Mourinho would like. His playing style is similar to that of Cesar Azpilicueta’s, and Mourinho went on record as saying he was a big fan of the Spaniard during their time together at Chelsea.

But there will be many casualties as Mourinho looks to shape a title-winning squad – the futures of Daley Blind and Juan Mata are also reportedly under threat – and tough decisions will have to be made.