Jose Mourinho‘s first game in charge as Man United manager will be away to Bournemouth and his first match at Old Trafford is against Southampton.

The first huge clash is a big one with the Manchester derby at home on 10 September. Pep Guardiola vs Jose Mourinho. Arguably it’s the biggest game of the Premier League season next year.

Our first few games are quite kind but we have tricky periods and none more so than our penultimate two games being away to Arsenal and Tottenham Hotspur.

All fixtures are subject to change of course but overall I think the fixture list doesn’t look too bad. It certainly doesn’t have the explosive start we did under David Moyes.

Here’s a picture of United’s fixtures in full via ManUtd.com: 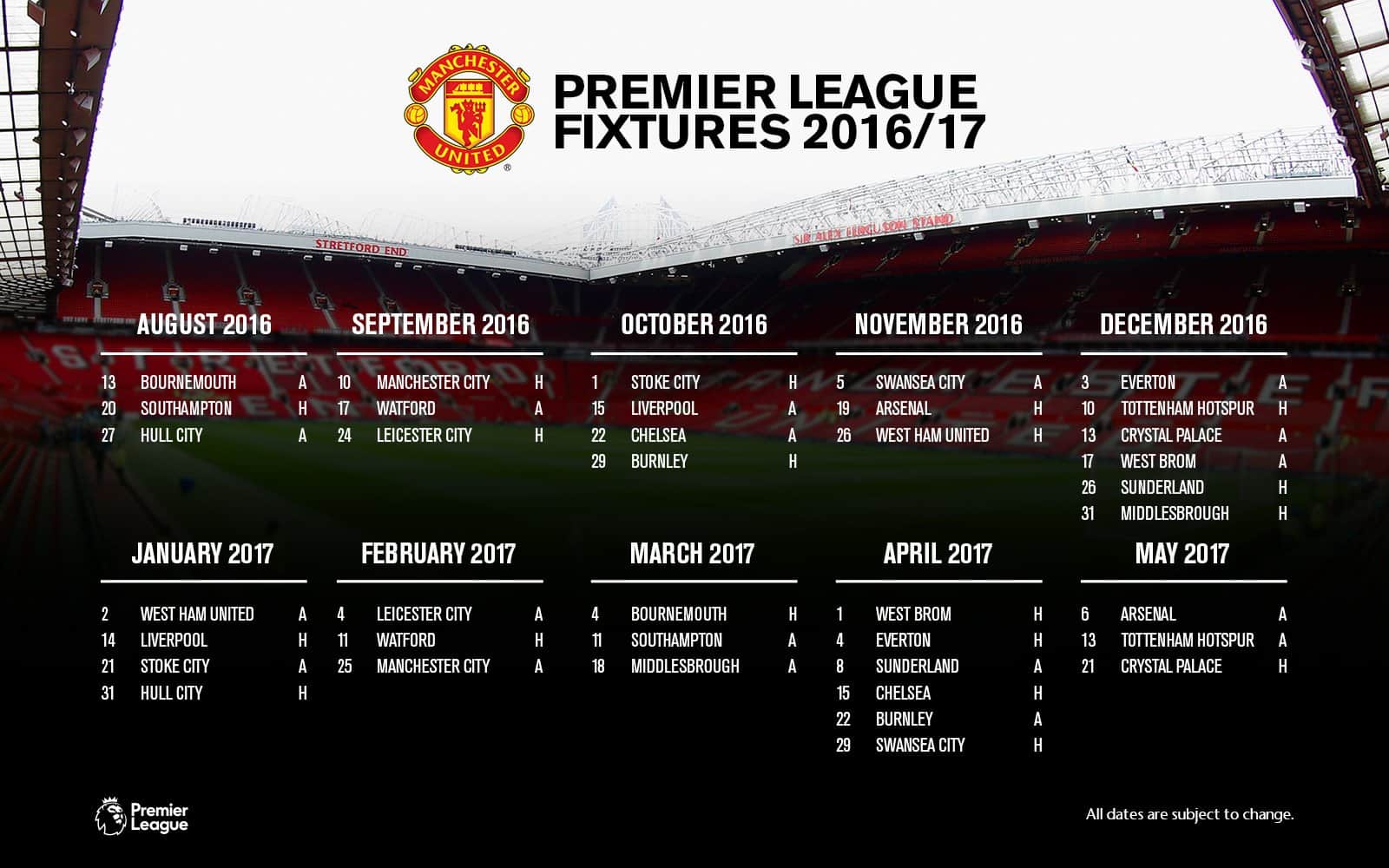