The 27-year-old Armenian becomes the third Jose Mourinho signing of the summer after Eric Bailly and Zlatan Ibrahimovic and the second within the last 24 hours following the Swedish striker’s confirmation on Friday. 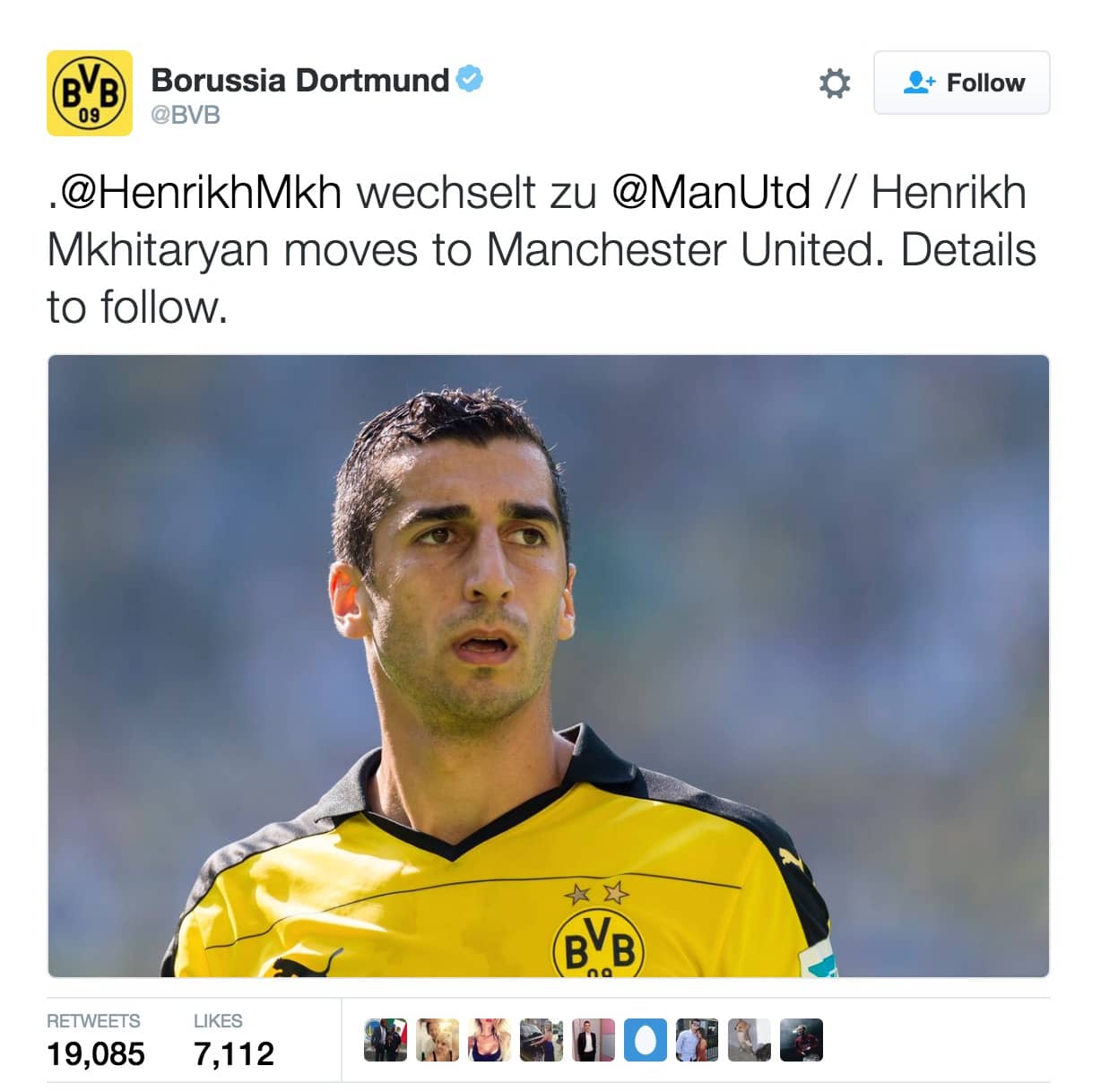 Mkhitaryan enjoyed his best season for Dortmund in the 2015/16 campaign where he scored 21 goals and assisted another 20 in 50 appearances, a record which has earned him a move to Man United.

Although Dortmund were extremely reluctant to sell Mkhitaryan despite his contract running out next year, Mourinho has managed to get his man after a few weeks of negotiations and it represents a major coup for United.

In terms of fitting into the squad, Mkhitaryan naturally enjoys playing on the right-wing and has pace to burn so he will be a real boost in terms of our attacking options. His versatility will serve him well too as he is also more than comfortable, arguably more natural, playing in the No.10 role.

This has been an excellent summer so far for United with the arrival of three key new players and there is likely to be yet more activity in the coming weeks also.

United are yet to officially unveil Mkhitaryan but Dortmund’s announcement means the deal is over the line and we should see him smiling and holding up his United shirt very soon.