Zlatan Ibrahimovic won’t have his shirt number confirmed until August but Manchester United fans are all speculating over what shirt he’ll get.

With that in mind, we take a look at some of the possibilities based on Zlatan’s old numbers and what is available at United. Here is a history of Zlatan’s shirt numbers via Transfermarkt: 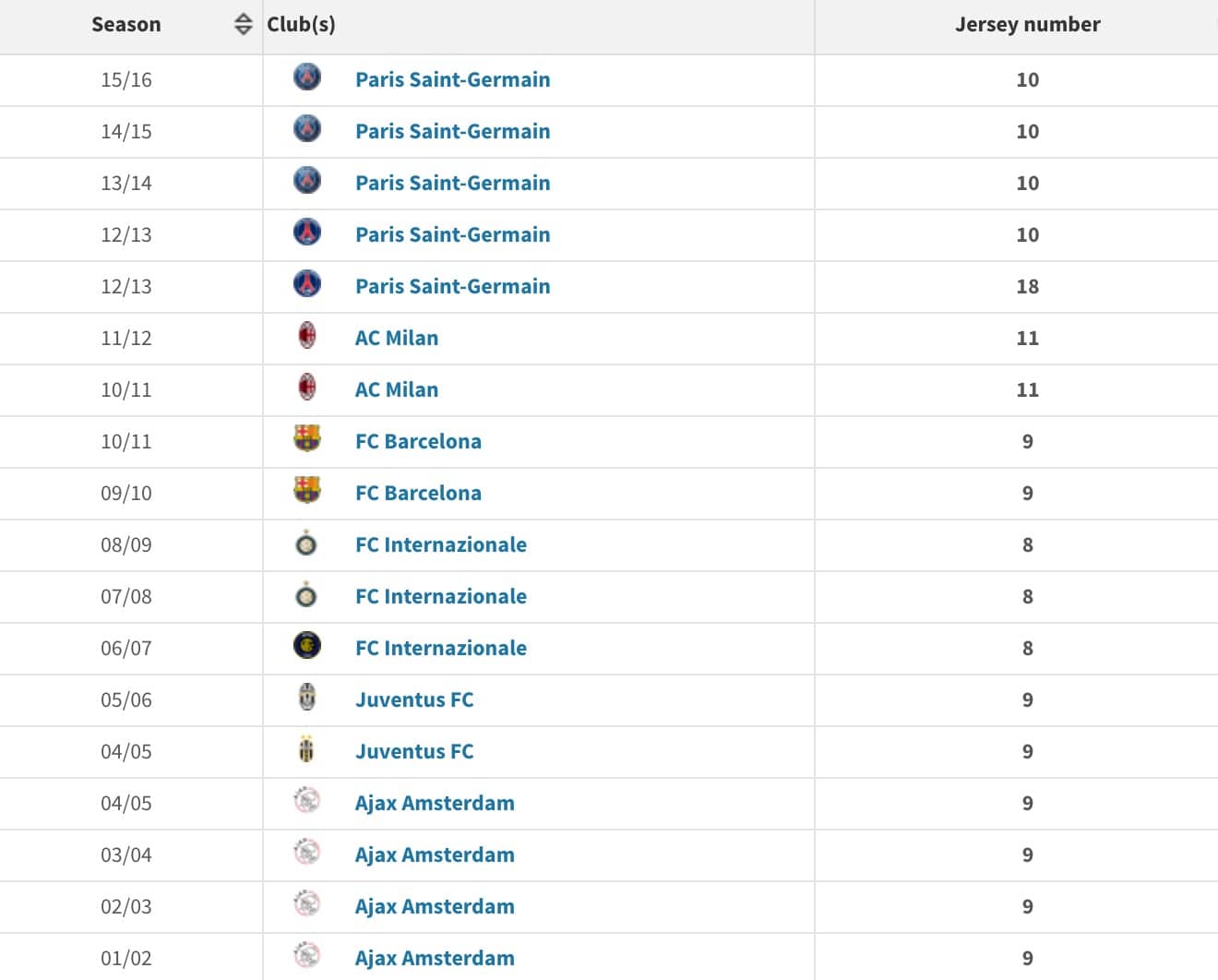 As you can see, Zlatan has had his fair share of numbers over the years but it is No.9 which he’s worn the longest, having donned the shirt at both Ajax and Juventus. Most recently, he was Paris St. Germain’s No.10 for nearly the whole of his time there other than an initial No.18 shirt he wore temporarily.

The problem for Zlatan is that all of his previous numbers are already taken at United. Martial is our No.9, Rooney is No.10, Adnan Januzaj is No.11 and Memphis Depay is our No.7. Unless somebody leaves or shirt numbers are changed around to accommodate (good luck getting the No.10 off Rooney). So, what other numbers are available if Zlatan can’t take any of those?

Eric Bailly could step into Gary Neville or Patrice Evra’s shoes by taking No.2 or No.3 but as for Zlatan, I’m not sure any of them jump out – unless of course your name is Louis van Gaal because then Zlatan would be taking No.29, every striker needs a 9 in his number of course.

Looking at everything available, I’d seriously give Zlatan the No.99 shirt. Why not? It’s the sort of thing you could see him doing and making a song and dance out of.

What number do you think Ibrahimovic should take? Comment below with yours!