Manchester United’s pre-season kicks off next Saturday with a quick trip over to the DW Stadium to face Wigan Athletic.

The first game was supposed to be against Borussia Dortmund in China but Jose Mourinho added an extra game so he can get to know his players as much as possible, especially lots of the fringe players who didn’t go to Euro 2016.

So, with that in mind, it’s time for us to whir up the engines again and get our potential XI’s out ahead of Wigan to take a look at who could play in Mourinho’s first match in charge.

In this first potential team, we’ve got two of our new signings – Henrikh Mkhitaryan and Eric Bailly. Fans are keen to see both players in action and I’m sure Mourinho is too because he needs to see how they adapt to life in England. 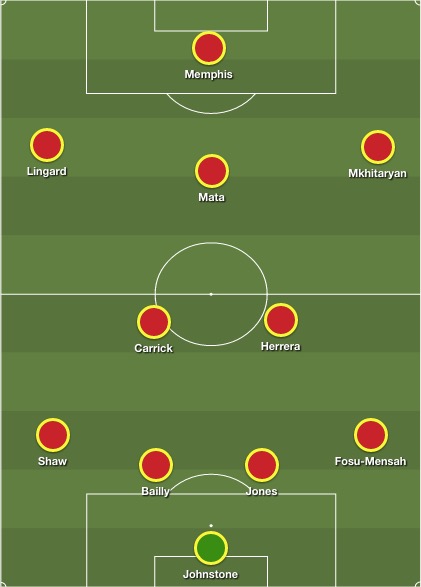 There’s also a return for Luke Shaw as well and that’s going to be extremely exciting to see. The 19-year-old has been out since September and will be chomping at the bit to start. Mourinho as well will want to see his first choice left-back in action.

All in all, there are so many different potential starting XI’s for next week that we’ll have plenty more to look at ahead of Mourinho’s first outing as United boss.