Jose Mourinho was officially unveiled as Manchester United manager on Tuesday and the club has now announced the backroom staff who will be joining him.

Faria and Mourinho go back together as far as 2001 when, as manager of União Leiria, Mourinho hired Faria as his fitness and assistant coach. They have worked together ever since taking in stints at Porto, Chelsea, Inter, Real Madrid and now Manchester United.

Louro payed for Benfica and Porto during a playing career that spanned three decades and ended in 2000. The 57-year-old was a goalkeeper and will work with the Mourinho on tactical work and creating detailed video analysis.

Ricardo Formosinho has manage no less than 21 clubs and is another retired Portuguese footballer. He will work as a scout under Mourinho and given the fact that he has coached in countries such as Angola, Vietnam and Malaysia means he surely possesses a culture outlook on prospects. 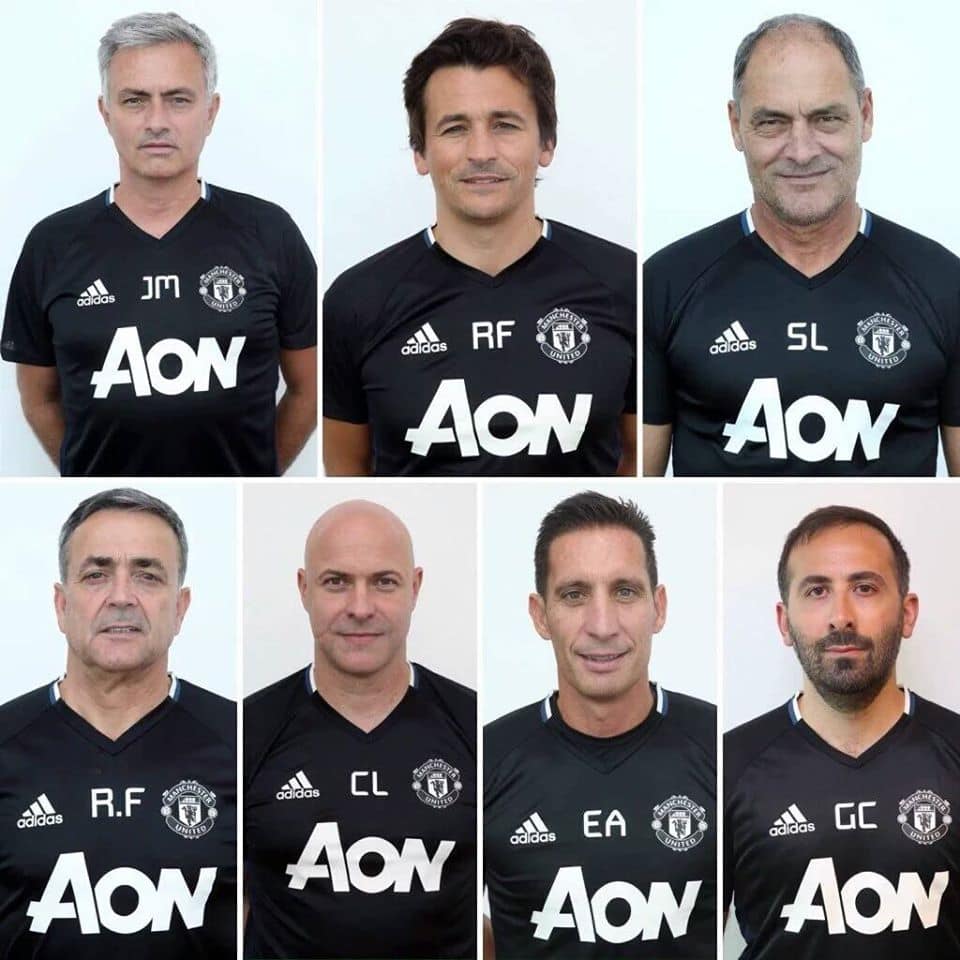 Carlos Lalin will work as Mourinho’s fitness specialist and given the new Man United manager’s demands and the gruelling nature of the Premier League with Europa League thrown in means Lalin will certainly earn his keep at the club. He follows Mourinho from Chelsea.

Emilio Alvarez will work with David de Gea and Sergio Romero as the goalkeeper coach. Silvino Louro has worked as the goalkeepers coach in the past and will most likely help with work on De Gea, who is ready to take the next step in his career.

Giovanni Cerra creates detailed video analysis for Mourinho. The new United manager is known for his meticulous analysis of opposition and his ability to highlight his opponents’ weaknesses.