Wigan vs Manchester United: Potential XI with Tuanzebe and Young

Axel Tuanzebe and Tyrell Warren will be in Manchester United’s squad to face Wigan Athletic at the weekend and while I feel Warren is unlikely to get a start, Tuanzebe is in for a chance.

The 18-year-old captained our U18s before moving up to the U21s and Louis van Gaal recognised that progress by giving him his first taste of a match-day experience last season away to Crystal Palace. In our academy, he’s certainly one player I’m not surprised Jose Mourinho wants to see more of. 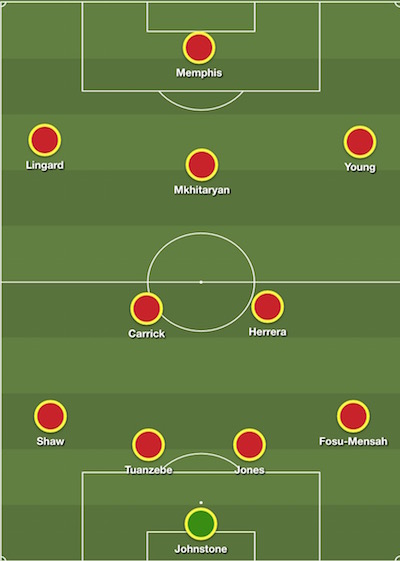 There are two other main changes in this potential XI and one which I’d be particularly excited to see – Henrikh Mkhitaryan in the No.10 role. I thought he was signed as a right-winger but having spoken to some Borussia Dortmund fans, it’s clear that central position is his more natural spot.

It would also allow Ashley Young an opportunity to play and impress Mourinho. He is a bit of a handyman in the squad, somebody who fills the holes when needed, but as Jose prefers specialists then Young should be back out on the wing which is where he built his career.