Cristiano Ronaldo shared a heartwarming embrace with his old boss Sir Alex Ferguson during the celebrations after winning Euro 2016 with Portugal.

The two met on the sidelines and you could see how delighted Fergie was for his former player and how much Ronaldo enjoyed sharing the moment with a man who played such a key role in shaping his career. 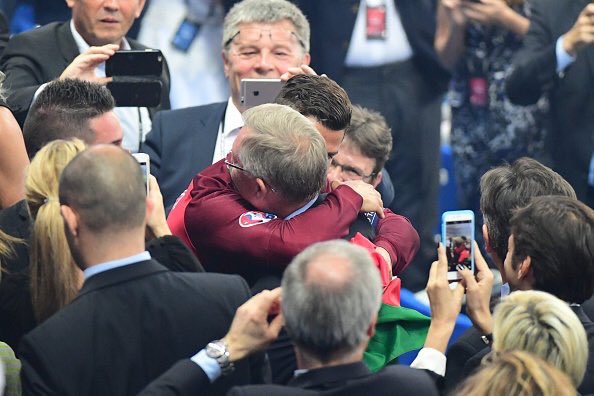 Ronaldo played more of a Fergie role in Portugal’s win with his arm wagging and wrist tapping from the sidelines because he had to go off with an injury. Maybe it’s a glimpse into the looking glass of Ronaldo as a manager.

It wasn’t a particularly great tournament as far as Manchester United players are concerned but seeing Ronaldo and Nani lift the trophy was a decent end to Euro 2016, and seeing Fergie will always put a smile on the face of United fans.