For weeks we have been watching Manchester United’s pursuit of Paul Pogba turn into a summer saga which we were all keen to avoid.

However, in the last 48 hours there has been an explosion of activity which has pushed Pogba a lot closer to Man United and, I can’t quite believe I’m saying this, but he could be coming back to Old Trafford.

On Tuesday we saw multiple reports from Italy that United were set to present their initial offer to Juventus for Pogba and in the evening we heard the expected news from Gianluca di Marzio that they rejected the €101m offer and wanted to counter with €120m plus bonuses. Rarely is a first offer ever accepted, especially when it’s a prized asset you want to hold onto.

Then on Wednesday morning came the turning point – the Italian press have all published reports in unison; Pogba has made it clear to Juventus he wants to leave. Here are the front pages of Wednesday’s Gazzetta Dello Sport, Corriere Dello Sport and Tuttosport: 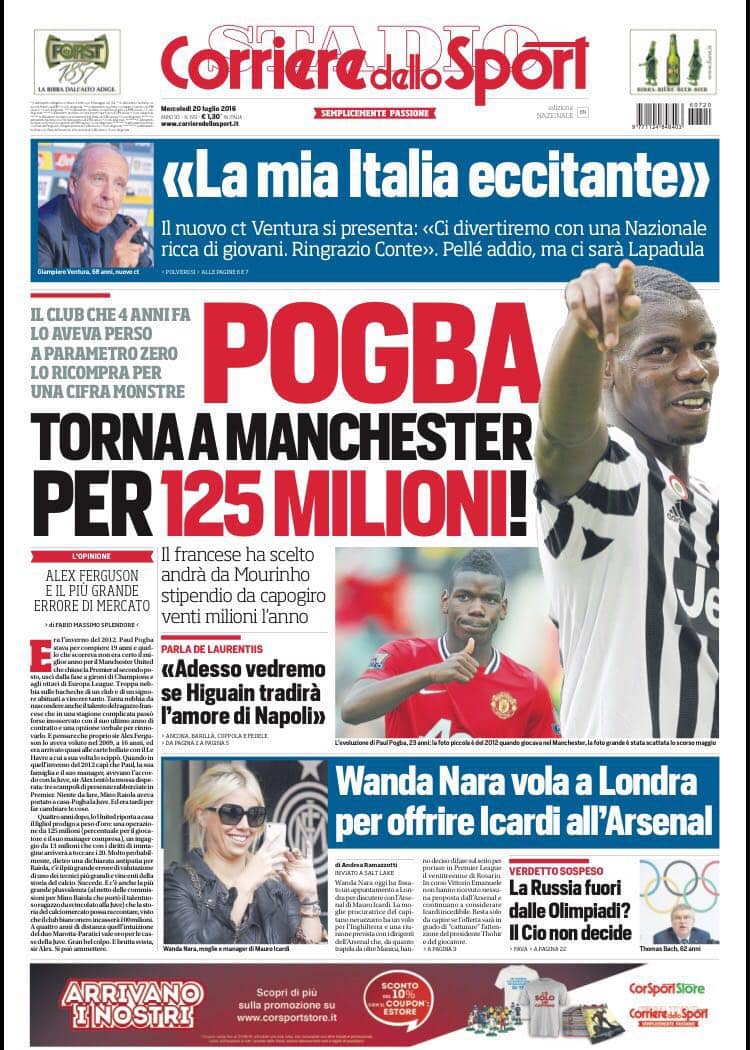 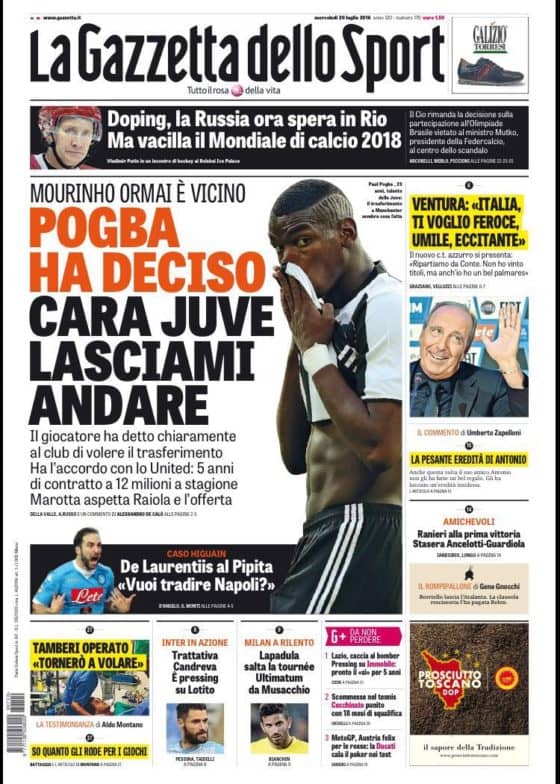 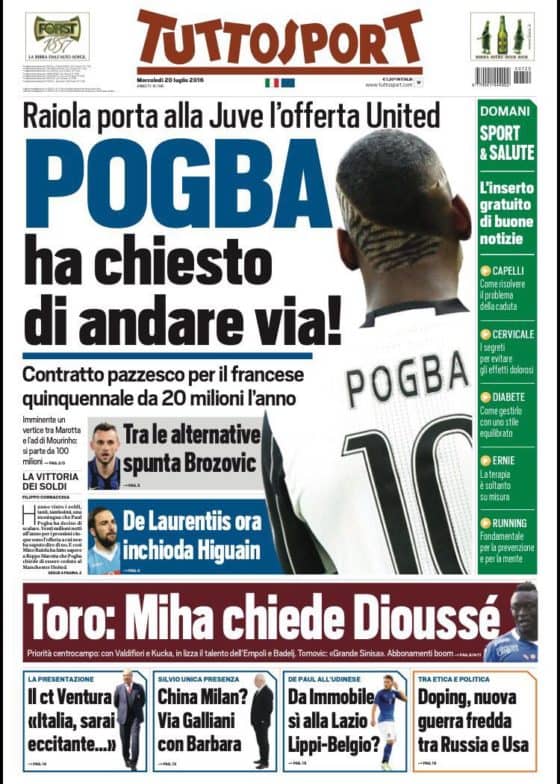 This is the momentum shift United needed – if Pogba has indeed pushed for a move, then the only thing standing in the way of him re-joining United is his price. With United already offering €101m, pushing up to €120m isn’t going to be difficult. Yes, it is an eye-watering amount but when Chinese clubs are offering £37m+ plus Watford striker Ighalo, it’s all relative.

If Jose Mourinho can get his man and bring Pogba to Old Trafford this summer, this could go down as the best summer transfer United have ever had. Not a bad way to introduce yourself to the club is it?