Juventus director Giuseppe Marotta has denied there is a deal in place for Paul Pogba to join Manchester United.

Speaking on Sport Italia on Wednesday night, Marotta completely denied there was any contact at all with Man United and said nothing had changed.

“There is no contact with Manchester United for Pogba,” Marotta said.

“The situation is no different to when I last spoke to you on Friday.”

This has quickly escalated into one hell of a saga and sorry if we’re being cynical here in not believing Marotta’s words but he’s not given himself the best reputation this year.

A month prior to Juventus signing Pjanic, Marotta denied the move was happening. 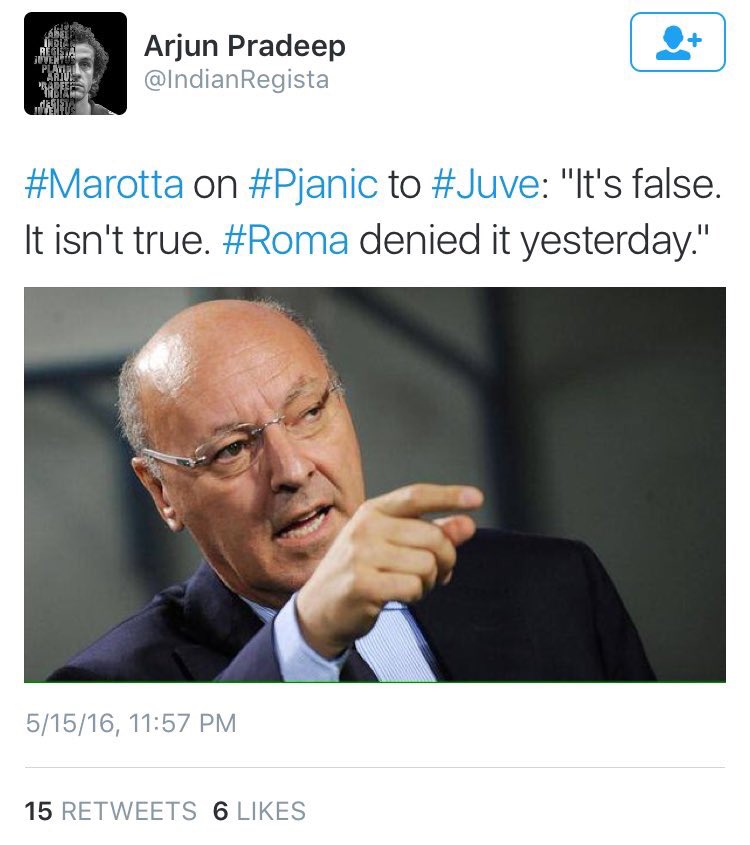 There are two ways to take these quotes from Marotta. On the one hand, he is lying. On the other, Gianluca di Marzio, the Italian press, the French press and the British press have all been lying. I’m not gambler but I know which corner I’d stand in.
Paul Pogba