From this point onward, Wednesday will be forever remembered as Paul Pogba day. 20 July, the day we were sent on a roundabout courtesy of the French, Italian and British press.

So much happened that I feel it’s necessary for us to summarise it all and explain where we now find ourselves.

It all began with L’Equipe. The French newspaper sent this tweet out and Manchester United fans were bouncing off the walls: they claimed the deal had been agreed by all parties.

The reaction was somewhere between this:

That excitement was further compounded by Sky Itala’s Fabrizio Romano when he reported that Pogba had accepted a contract offer for five years worth €13m per season. Everything had fallen into place.

Our ‘good friend’ Duncan Castles then said Juventus expected to receive that world-record fee for Pogba by the weekend.

Party time. Pogba was coming home, the deal was agreed. Then, heavyweight transfer aficionado Gianluca di Marzio had his two cents on the situation. His update was that €110m wasn’t enough from United and that Juventus wanted their full €120m.

But it was a separate snippet which got tongues wagging:

Directly translated, Di Marzio says Real Madrid enquired late about Pogba but he said he promised himself to Man United. This is my favourite part of it all – imagine Pogba snubbed Real Madrid to join United. What a hero.

The Guardian jumped in with an article from Marcus Christenson and Fabrizio Romano saying United were edging closer with a second offer of £92m but that Juventus were keen for United to pay the full £18.4m for Raiola. Things were starting to get complicated.

The Sun decided to get involved too.

Then eyebrows were raised after comments from Juventus director Giuseppe Marotta. He said there had been no contact with United over Pogba and no deal had been agreed. 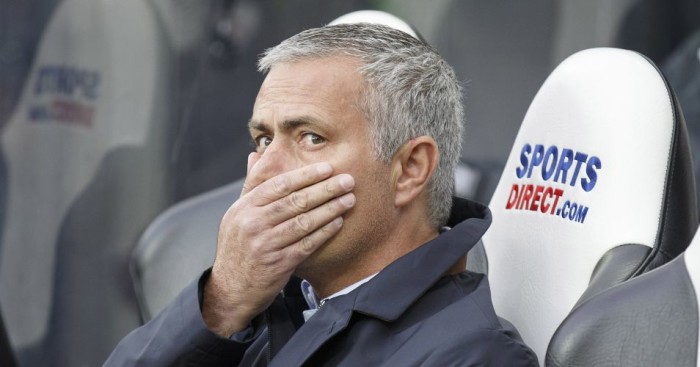 Italian outlets Sky Sport Italia and Mediaset were then reporting that Real Madrid had re-entered the race to sign Pogba. Hold on here, a few hours ago it was a done deal?. I know, it’s turning into a swamp.

Then, like another barrel loop on your favourite rollercoaster, Marca journalist Jose Felix Diaz, a man with a strong reputation, reported to the contrary – he said Madrid had not been in contact on Wednesday. The plot thickened even more.

We’re being pulled each and every way by this point but L’Equipe managed to bring it back to a full circle with their front page splash of Pogba: they’re calling his move to United the “Transfer of the century”. 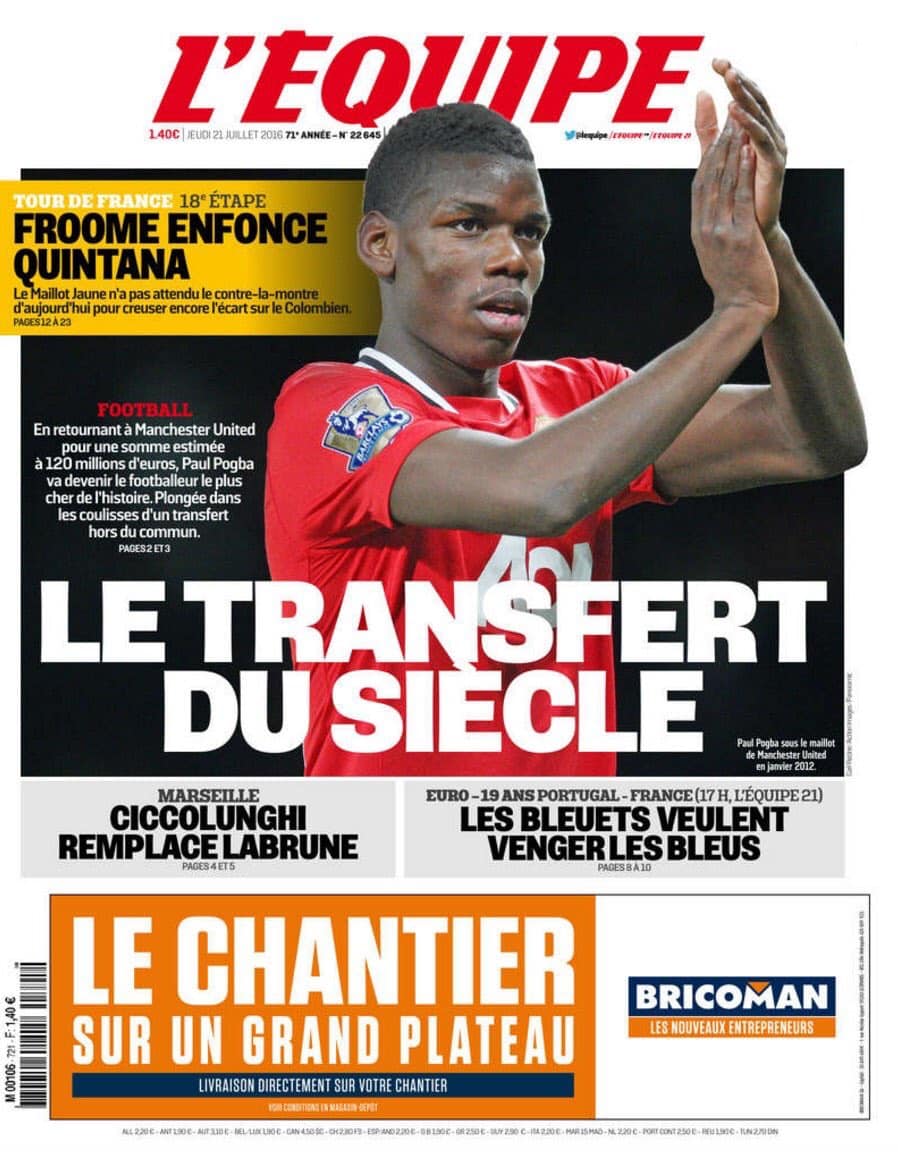 Exhausted? So are we.

In conclusion, it looks like Pogba’s deal might not yet be over the line thanks to the complications which his agent Mino Raiola add into the deal due to the huge sum he is set to receive over the transfer. Personal terms look to be done and the fee agreed but who pays Raiola and how much is seemingly the sticking point.

After all of Wednesday’s antics, United certainly took another major step towards Pogba coming back to Old Trafford and despite all the circles elsewhere, L’Equipe are standing completely firm on their story – Pogba to United is already done.