Following on from the Italian front pages saying Paul Pogba‘s move to Manchester United was hours away from being completed, La Stampa’s Massimiliano Nerozzi has provided a further update.

Nerozzi said a deal had been agreed; €115m in total for Pogba with €100m going to Juventus and €15m to his agent Mino Raiola. That would represent an excellent compromise on United’s side of the bargain given that there were valuations which floated anywhere between €120m and €145m in total for the whole transfer.

For those who can speak Italian, here is Nerozzi’s article from today’s La Stampa: 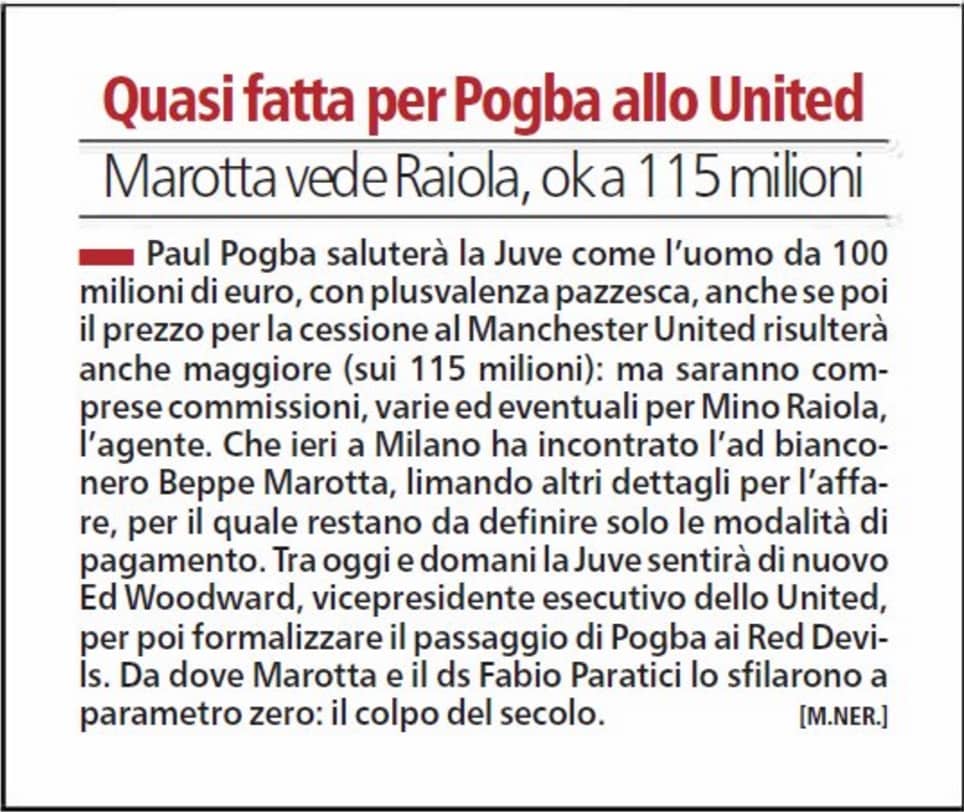 Nerozzi is widely considered to be one of the most reputable journalists as far as Juventus news goes, so to hear him say such a bold claim is excellent news. He certainly wouldn’t pull it out of thin air.

As the saying goes, there is no smoke without fire; with Gazzetta dello Sport and Corriere dello Sport saying a deal is hours away from being done, plus La Stampa’s Nerozzi saying a deal has been agreed, United look almost certain to seal Pogba’s move soon – hopefully this week.