Manchester United have announced their 23-man squad which will travel to face Sweden on Saturday in our pre-season friendly.

Zlatan Ibrahimovic has been named by Jose Mourinho and is all set to make his Man United debut.

Matteo Darmian, Marouane Fellaini, Morgan Schneiderlin and Anthony Martial all return to the team following their extended break after Euro 2016 but there is no place for Bastian Schweinsteiger.

Timothy Fosu-Mensah also misses out but he is believed to be injured at the moment.

Here is the squad in full: 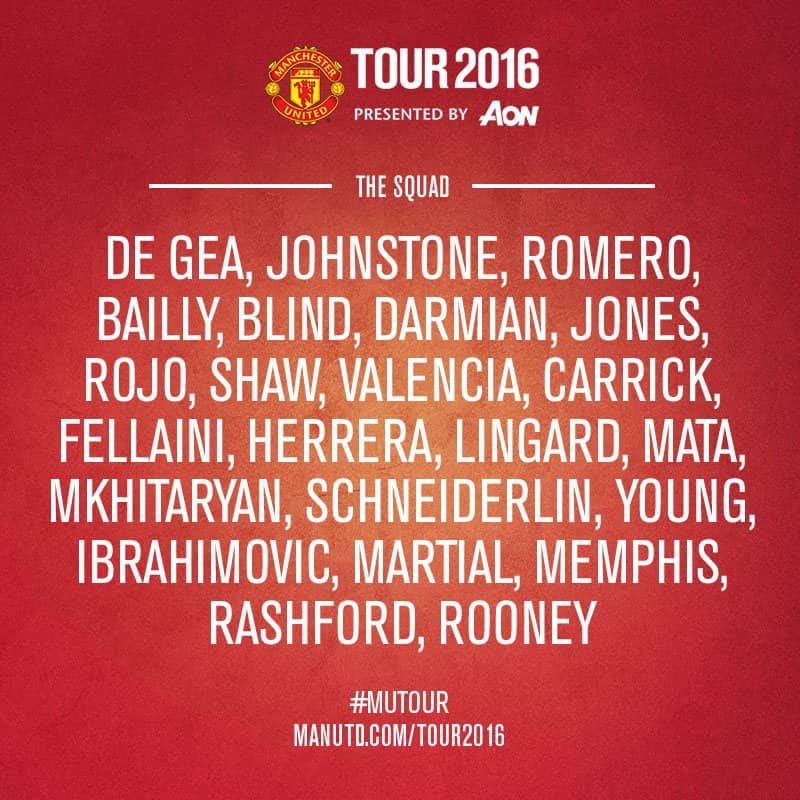 Interestingly enough, all nine players mentioned by a Daily Mail article as players who are likely to leave the club have all missed out on a place in the squad. Take from that what you will.

Saturday’s game should be an exciting one if only to see Ibrahimovic make his debut in a United shirt but with the likes of Martial and Rashford in the team alongside him, there’s plenty of other attacking threats we’ve got.