Jose Mourinho‘s first competitive, or at least semi-competitive, game in charge of Manchester United comes around this Sunday against Leicester City in the Community Shield.

Our pre-season preparations have been far from ideal but we’ve only got a couple of injury concerns, so Mourinho has effectively a full squad at his disposal.

And I expect him to use it to its fullest – Jose will put out a full strength team and here’s who I think he’ll start: 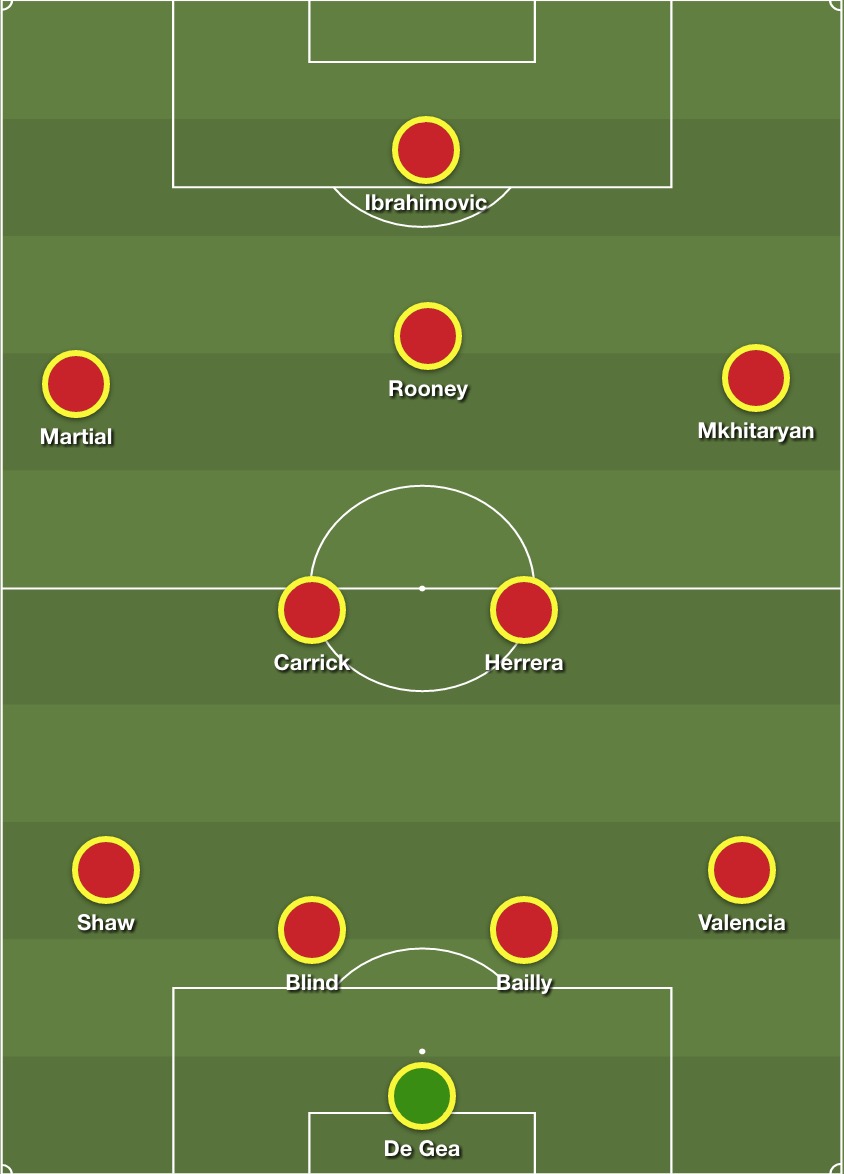 Anthony Martial out on the left, Henrikh Mkhitaryan on the right, Zlatan Ibrahimovic through the middle with Wayne Rooney playing behind and the likes of Marcus Rashford and Juan Mata on the bench? We’ve got some cracking attacking options at our disposal, there’s plenty of goals in there.

Defensively, we’re a bit less certain and I’d rather not see Daley Blind there but neither Marcos Rojo or Phil Jones should be anywhere near the starting XI.

In midfield, Ander Herrera has been our best player this pre-season and he’s started every game which really bodes well for his future at United under Mourinho. Here’s hoping he can boss the match.

Overall, that’s one hell of a strong XI and it doesn’t include our best defender…nor Paul Pogba.