Jose Mourinho has explained why Henrikh Mkhitaryan hasn’t played many minutes so far for Manchester United.

Mkhitaryan hasn’t started either of Man United’s games against Leicester City or Bournemouth and although it is very early doors, there were some questions being asked to why he wasn’t playing.

Speaking ahead of tonight’s game, Mourinho revealed the tactical reasons behind his choice. 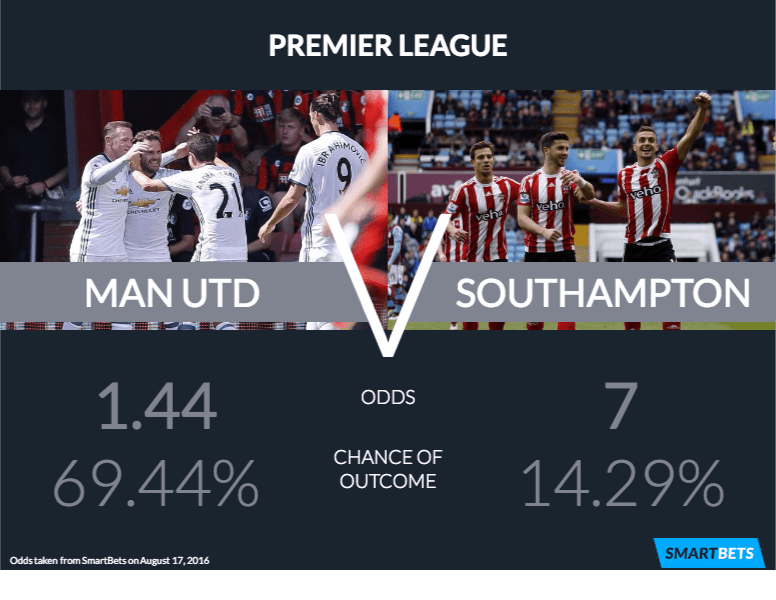 “I was reading the game against Leicester and I felt that we needed the speed of Jesse Lingard and, in the game against Bournemouth, that [Juan] Mata would help guard against their pressing really high. He could reach some spaces behind the line of the pressure and could be very useful for us.

“I decided to play [Wayne] Rooney in both games, close to Zlatan [Ibrahimovic], and I didn’t start with Micki. When some managers buy players, they feel they have to protect their choices by playing the player all the time – I am not like this. Before me, comes the team and what I think is best for the team.

“I felt that Lingard and Mata were better options for the team in these matches, with the reality of the Premier League, so I made that decision.

“I keep saying the same thing, though, that Mkhitaryan is a super football player and will give us a lot during the season.”

The bookies don’t give Southampton much of a chance and many will want to see Mkhitaryan start our first game at Old Trafford under Mourinho but Mourinho is clearly going to use him when he feels its right for the team. Of course, that could prove to be Southampton tonight.

As Mourinho explains, Mkhitaryan really is a top drawer player and United fans are eager to see him in full swing but it’s a testament to the depth of our squad now that he can be left out and we still win matches. That’s the sort of strength you need over the course of a full season.

I’ve got no doubt Mkhitaryan will come good when he gets his opportunity and if that’s against Southampton then he’ll get to play under the floodlights at Old Trafford for his debut.