Feyenoord vs Man United: Potential XI with Rashford and Memphis

Manchester United kick off their Europa League campaign with a trip to face Dutch side Feyenoord.

With Fenerbahce and FC Zorya in our group, it’s going to be a competitive group stage and as United have five games in the next 18 days, Jose Mourinho will need to rotate his squad to cope with the intense schedule.

After their performances against Manchester City, I can’t see past Marcus Rashford and Ander Herrera starting and I really want to see us using a 4-3-3 formation. 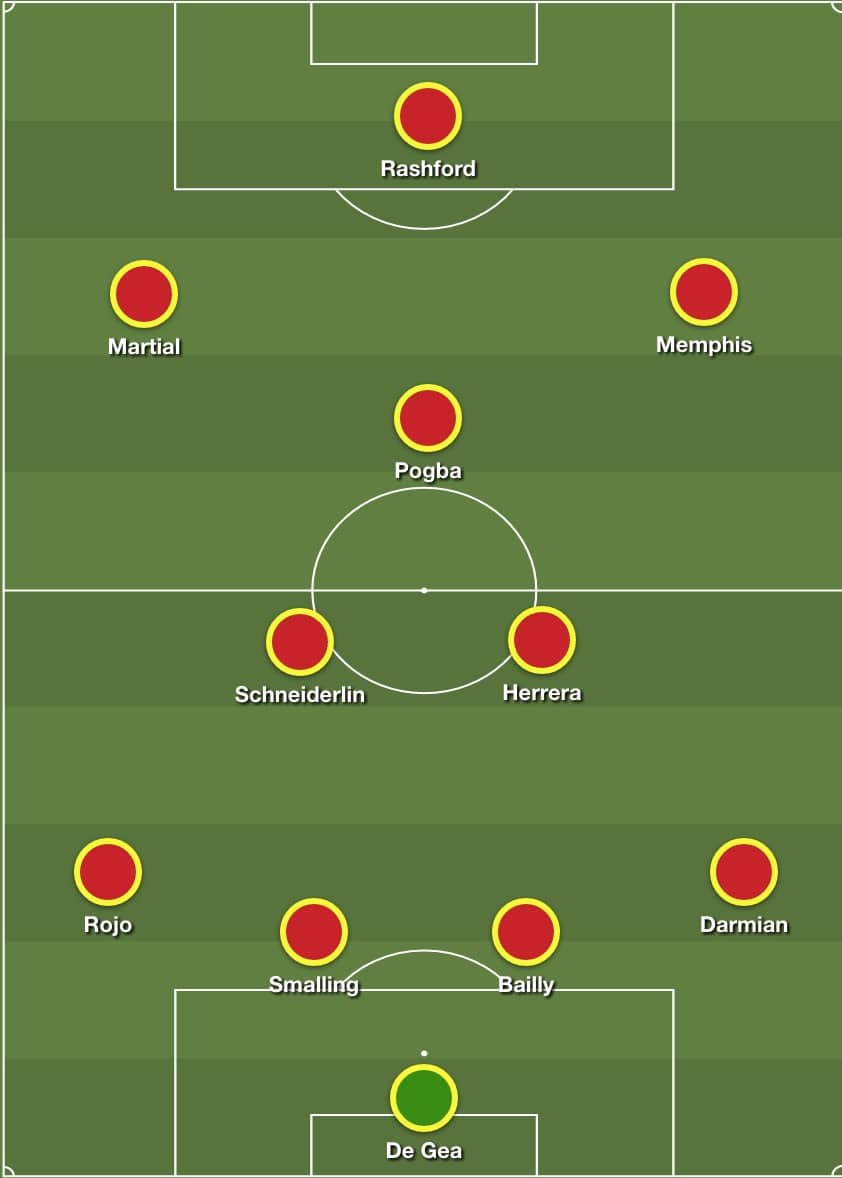 The best way for us to get the most out of Paul Pogba is to use a midfield three. Alongside Marouane Fellaini against City he was so exposed because he’s used to playing alongside two other midfielders, without them he’s tactically not ready for the Premier League.

We were so much more exciting going forward in a 4-3-3 system and away at Feyenoord I’m really keen for Mourinho to take the chance and use it.