Feyenoord vs Man United: Potential XI with Carrick and Rojo

As we discussed in our first potential starting XI against Feyenoord, Jose Mourinho may well opt to start with the 4-3-3 formation he ended with in the Manchester derby.

Ander Herrera’s introduction as the deeper lying defensive midfielder allowed Paul Pogba and Marouane Fellaini to concentrate on being in good attacking positions and it helped Manchester United start to control the game more.

So, we’ve gone with a 4-3-3 in this line-up but switched it around a bit to include Michael Carrick, a player who is yet to make an appearance for Mourinho’s side this season. 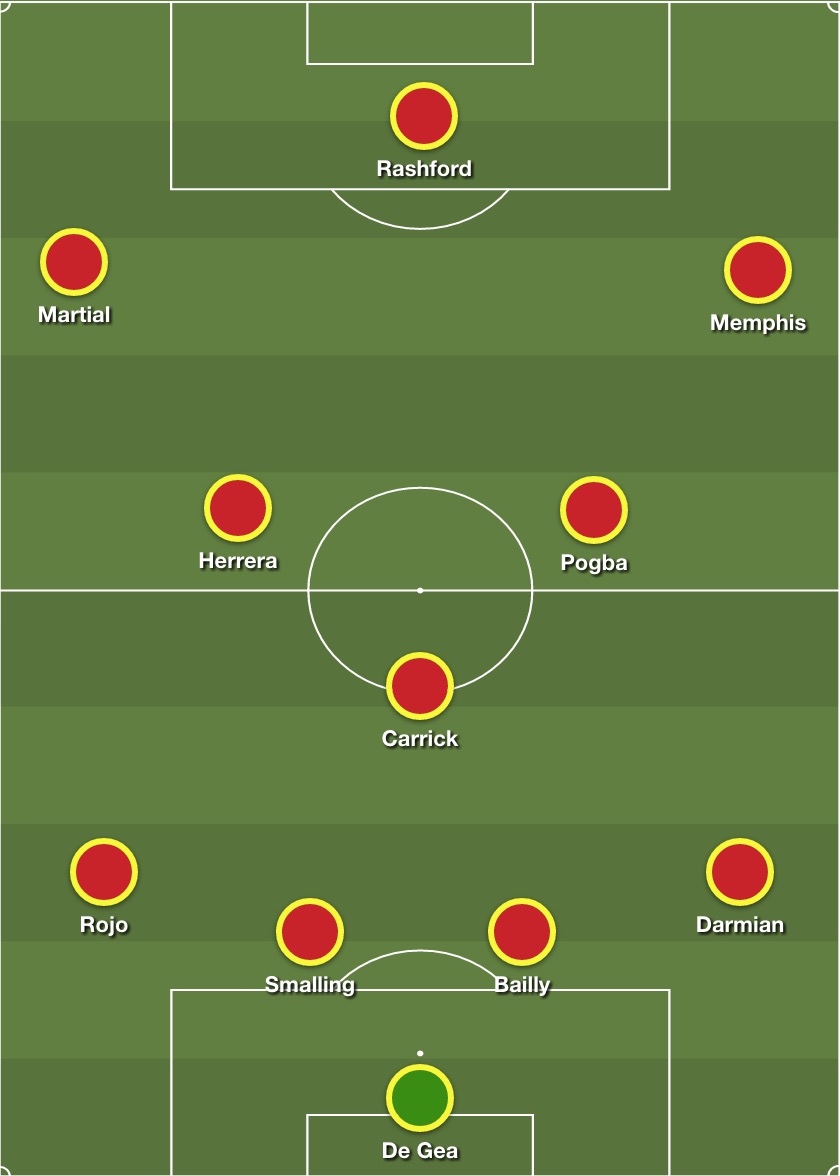 Carrick is a different type of midfielder to anyone else in United’s team. He might not be the quickest any more but nobody can help control a game more than Michael and away from home in a European game that could be exactly the player Mourinho wants to start with.

Feyenoord are no pushover and are riding high in the Eredivisie right now so the last thing United can afford to do is be complacent after the Manchester derby and although it would be a somewhat pragmatic move, bringing in Carrick as a deep lying midfielder could be the move that allows United to dictate the tempo of the game far more.