Feyenoord vs Manchester United: Potential XI with Fellaini and Carrick

Paul Pogba is undoubtedly in Manchester United’s first choice XI this season but in the Europa League, Jose Mourinho is widely expected to use his squad and rest some key players.

So, could we see the first start of Michael Carrick under Mourinho at Man United?

When it comes to European football the general rule of thumb is three wins at home and a draw away gets you the magic ten points to secure qualification from your group. That could mean a more pragmatic approach away at Feyenoord and a midfield duo of Carrick alongside Marouane Fellaini. 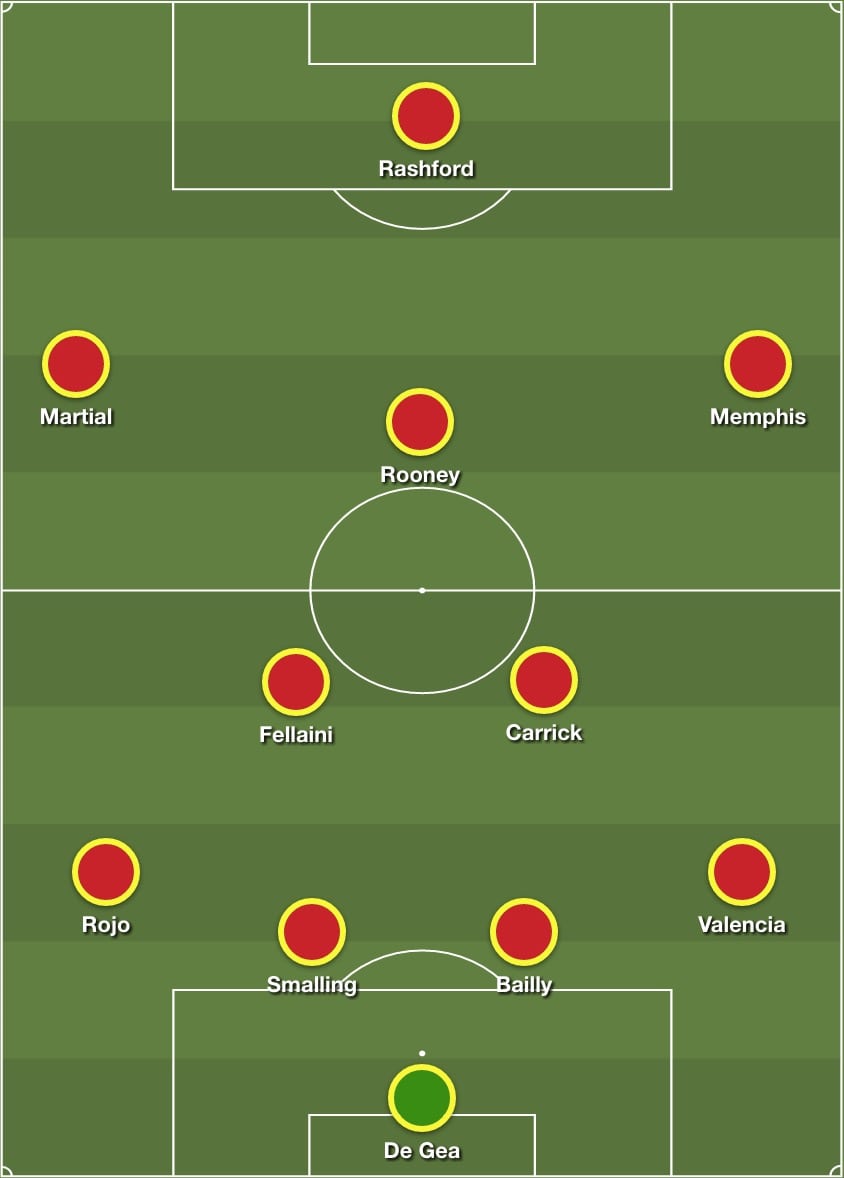 It’s unlikely to be a midfield partnership which gets the pulses racing but there is no better player in our team for ball retention and circulation than Carrick. He’s a veteran when it comes to possession play and keeping the ball which could appeal to Mourinho for this game.

Would it be my choice? Absolutely not but Mourinho could see it differently in his European debut as United boss.