Manchester United were busy this summer bringing in new signings to bolster our options at U18s level and that included the arrival of two new goalkeepers – Alex Fojitcek and Max Johnstone.

Max is Sam Johnstone‘s younger brother, who is already a goalkeeper at Man United, and he signed his contract less than two weeks after turning 18 so is hoping to impress this season.

As for Fojticek, he joined from Slovakian side FC Tatran Presov this summer and it’s great to see both goalkeepers settling in well at the club. 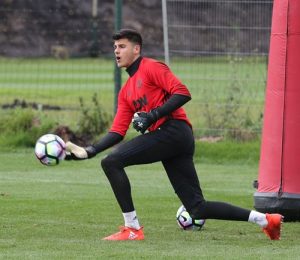 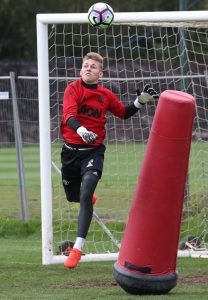 Fojticek, 16, made his debut for Man United last week in the 2-1 win over Middlesbrough so he’s got off to a good start the club. As for Johnstone, he made his debut with an appearance off the bench away to Manchester City but is yet to start a game for United, although that will come in the goodness of time.

One thing which will help him immeasurably if the fact his older brother Sam has been through it all already and can offer Max some excellent advice throughout it all:

The last Eastern European goalkeeper we brought in was Vanja Milinkovic but he never actually played a game at any level before he was sold, so Fojticek is already ahead of him in that respect and here’s hoping he can go on to get plenty of games this season.