Liverpool vs Manchester United: Potential XI with Pogba as No.10

Paul Pogba‘s best position at Manchester United is a debate which has rumbled on all season so far. In a midfield two? Three? As a No.10? All have been tried but there’s been no obvious choice thus far.

But maybe it’s been about the players behind him as well as his own position, so here’s another potential XI which sees Pogba in as a No.10 yet there is a subtle difference. 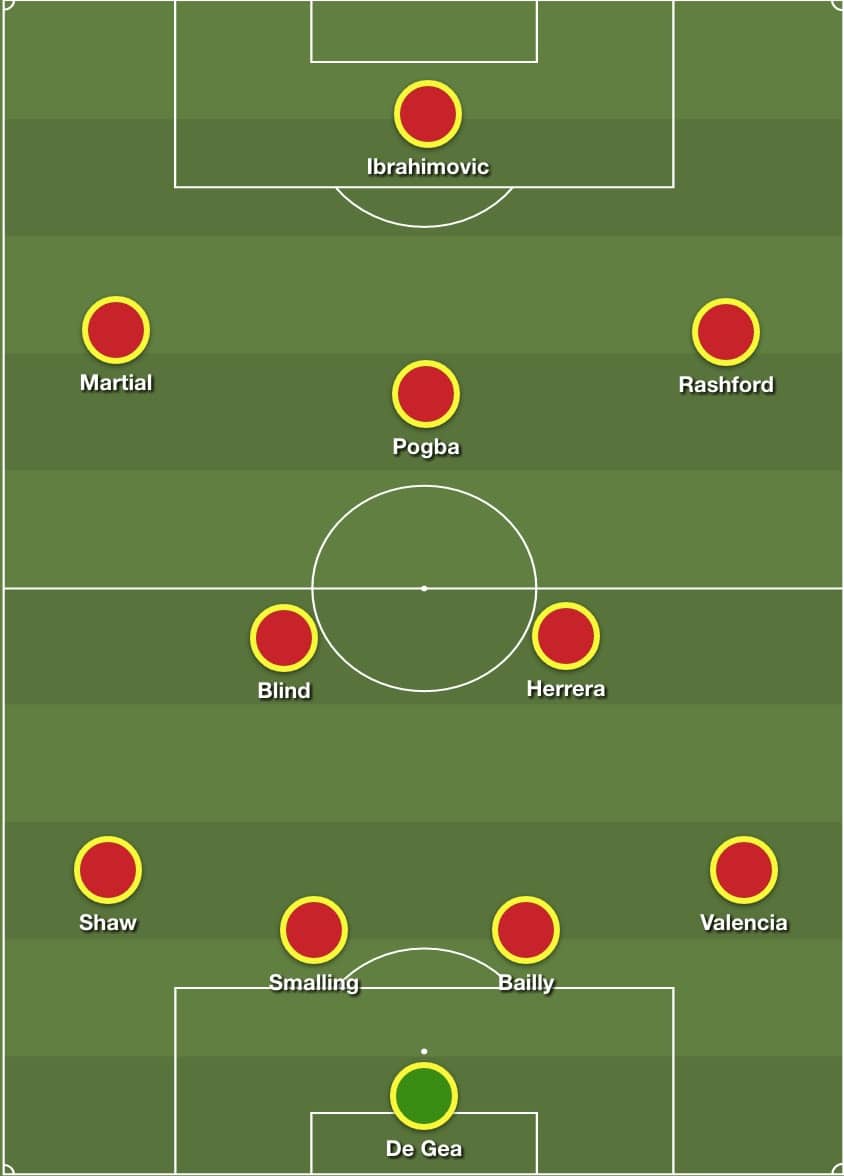 Bringing Daley Blind in alongside Ander Herrera may well be the sort of change which gives Pogba the complete freedom to roam in that No.10 role. Sure, he’d have to come back defensively to help pack up the midfield but he’s got bags of energy so it wouldn’t hamper him and giving United that extra body in defence would help massively.

What it does enable him to do is focus on bringing the ball forward. As soon as he has possession in that No.10 role his objective would be to drive towards Liverpool’s defence and put them under pressure. In terms of bridging the midfield and attack, there’s no better player suited for that role at Anfield on Monday.

I really think this could work. Blind and Herrera screening the defence with Pogba bossing it at No.10 and Anthony Martial and Marcus Rashford causing all sorts of problems on the wings with Zlatan Ibrahimovic just in front of Pogba.