Home » Man United vs Liverpool: Potential XI without Wayne Rooney at No.10

Man United vs Liverpool: Potential XI without Wayne Rooney at No.10

Manchester United travel to Liverpool on Monday for what promises to be an explosive encounter under the Anfield floodlights.

High-profile encounters are often prefaced with the ‘must-win’ tag. It is, in a sense, an empty platitude (are there any games that a side ‘must not win’?), or perhaps simply another way of labelling the game as ‘more important than usual’.

The game with Jurgen Klopp’s side, however, is more of a ‘must-not-lose’ affair for Man United. Defeat would see the gap between Jose Mourinho‘s side and fourth spot stretch to six points. It may only be October, but that’s an unfavourable chasm in its own right.

Here is a potential XI without Wayne Rooney, the match-winner from United’s last Premier League visit to Anfield, placed in the No.10 role. 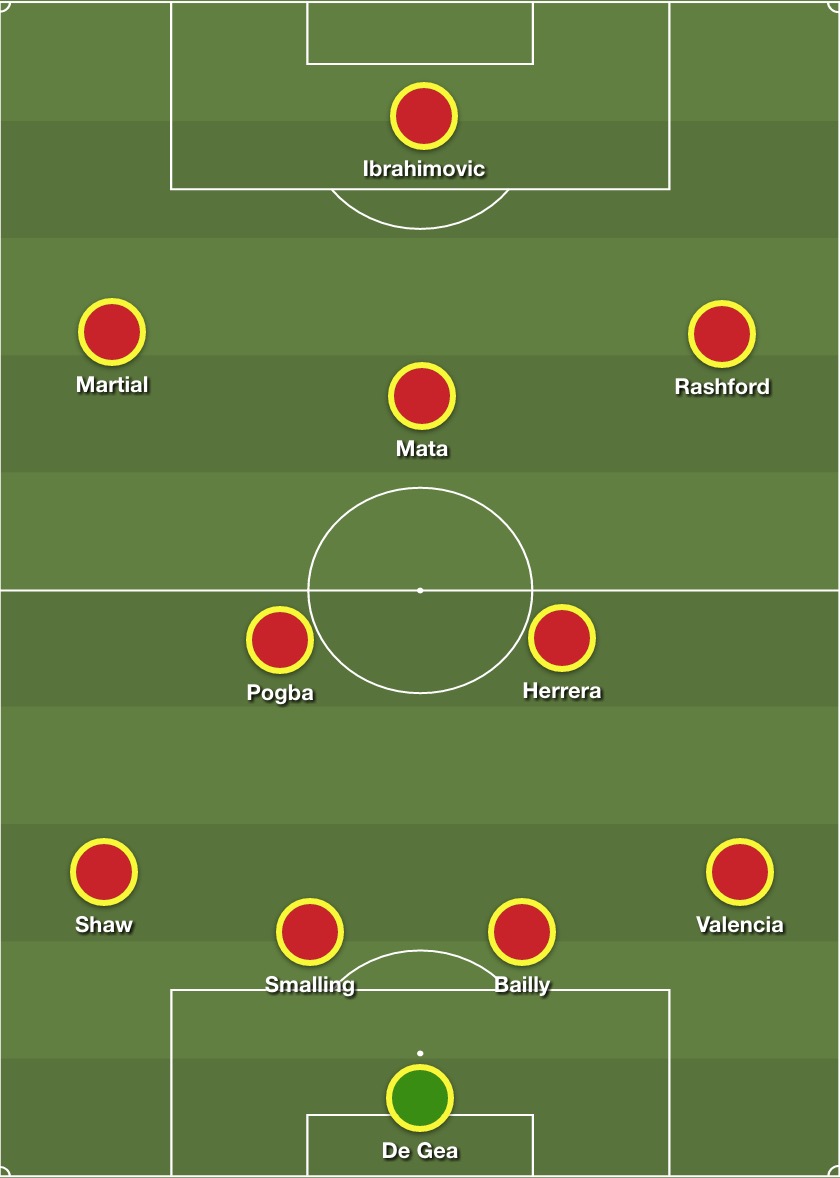 Picking the confidence sapped 30-year-old at the expense of Juan Mata would be, to say the least, a questionable move. The Spaniard has been an effervescent force against Liverpool in the past few years, netting three goals and producing crisp, dominative performances.

United fans will be eager to see whether Mourinho decides to give Rooney a chance to silence his critics in the Anfield cauldron.