Sir Alex Ferguson was not impressed after Manchester United suffered a 4-0 defeat to Chelsea at Stamford Bridge.

Jose Mourinho‘s side endured an early setback after Pedro Rodriguez raced past Man United’s defence, rounded David de Gea and placed the ball in the back of the net just 33 seconds into the game.

Sir Alex was pictured all smiles as he arrived at Stamford Bridge before the game, but wasn’t in high spirits after witnessing Man United’s woeful display.

Here’s a look at the former United boss as he didn’t look impressed with the side’s showing. 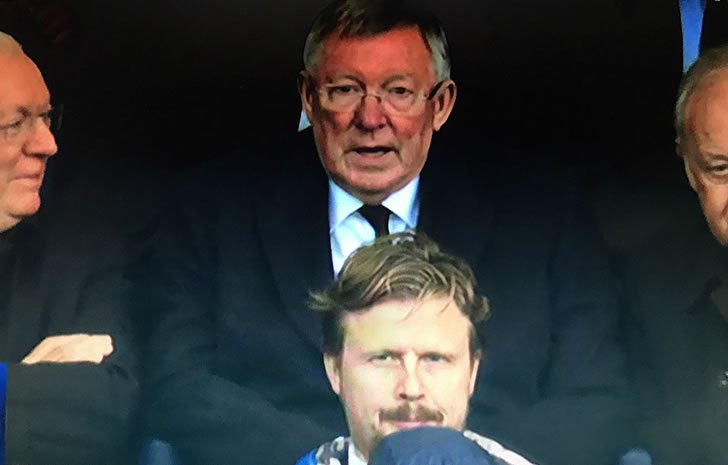 It’s disappointing to see United haven’t taken advantage of their rivals dropping points once again after failing to close the gap.

Chelsea completely dismantled Man United and it seemed like there was no plan in place after we conceded the quickest goal of the season in the league so far.

Mourinho has some big decisions to make regarding his squad and he won’t have long as his side face Manchester City in the fourth round of the EFL Cup next week.