Paul Scholes has given his opinion on what Manchester United’s best XI should look like at the moment under Jose Mourinho.

Having chopped and changed his team so often, lots of times through injury, Mourinho hasn’t been able to settle with a starting XI like he has done previously at other clubs. If he was able to, this is who Scholes wants to see start for Man United.

“Luke Shaw when he’s fully fit – he’ll get in the team. Valencia has been a revelation [at right-back].”

Scholes then went on to pick Michael Carrick, Paul Pogba and Ander Herrera as his midfield trio before finishing off with the attackers.

He added: “I’d have Martial and Rashford – the pace. You have to play those two and then it’s Ibrahimovic or Rooney.”

Here is how that team would shape up: 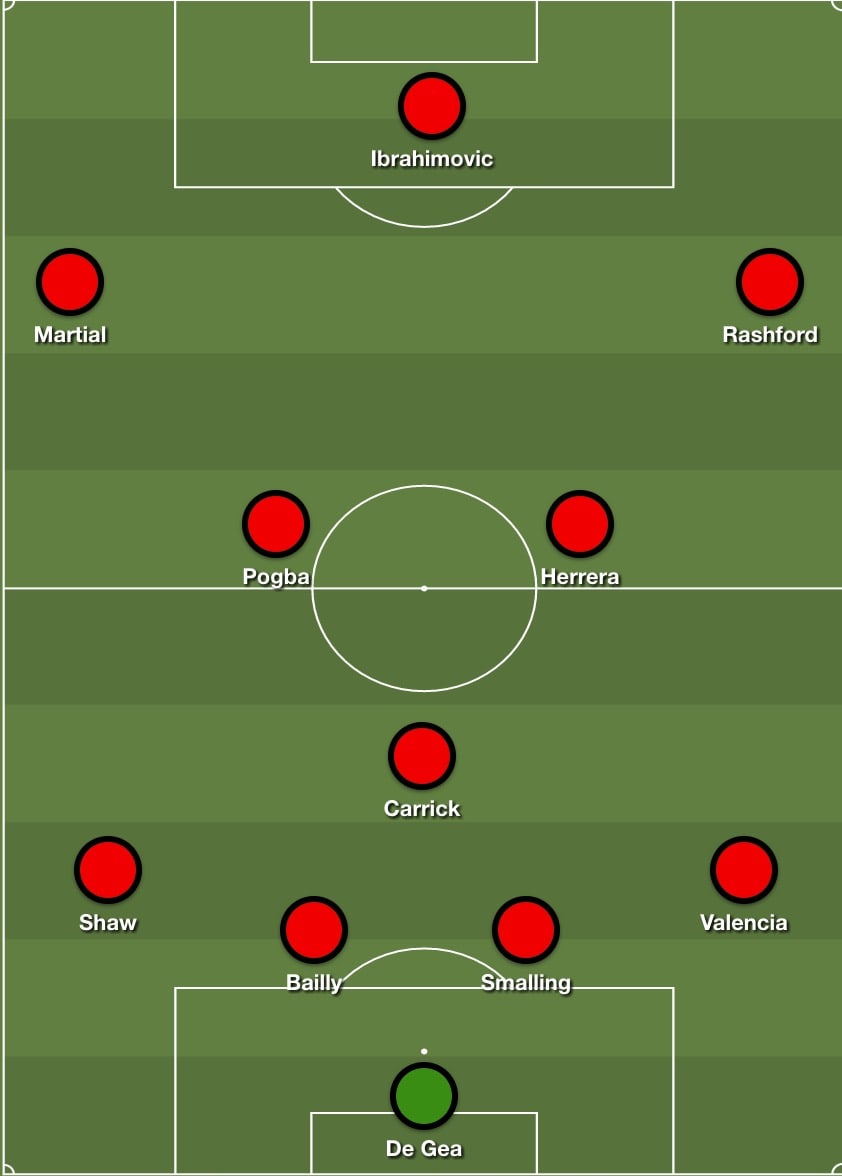 No Juan Mata and Rashford on the wing? I think there are a couple of questionable points but largely I’m a big fan of Scholes’ team, particularly the use of a natural 4-3-3 rather than the rigidness of a 4-2-3-1 with two central midfielders in a double pivot.

What United need this season is a formation which allows Pogba to attack the final third in space, one which brings natural width to our attacking and one that allows United to control possession. All of those boxes are ticked with this one.

What do you think of this formation and team from Scholes? Let us know in the comments!