Manchester United will be desperate to build on their convincing 3-1 win over Swansea City against Arsenal on Saturday.

Jose Mourinho‘s has gone up against Arsene Wenger 13 times since arriving in England back in 2004 and hasn’t lost once.

A win against Arsenal would take Man United to within three points off fourth spot and five points behind leaders Liverpool. The 53-year-old will know better than anyone that victory on Saturday could be a season-defining result.

With that in mind, here’s a look at Mourinho’s potential XI. 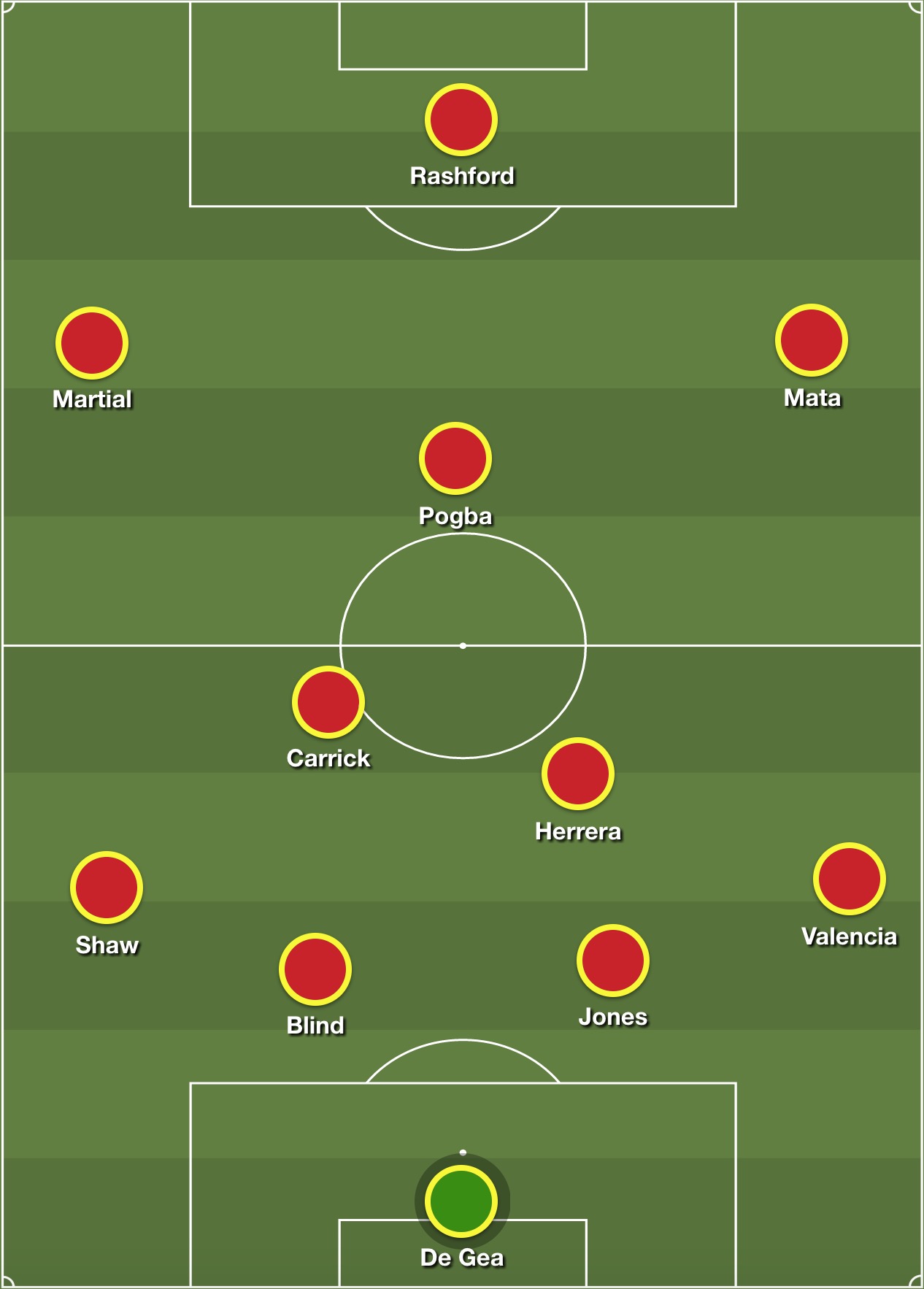 Some say that the minds of Arsenal’s back four – all established internationals – continue to be ravaged by the image of Marcus Rashford – a local lad making his Premier League debut – tearing them to pieces in a game they simply had to win.

And with Zlatan Ibrahimovic suspended following his yellow card against Swansea, the 19-year-old has a chance to bring the trauma of that sunny February afternoon to the surface once again.

The potential absence of Hector Bellerin, who was injured during international duty, at right-back could give Anthony Martial – sidelined by Didier Deschamps in recent weeks – a chance to impose himself against the notably less mobile Carl Jenkinson, or perhaps Mathieu Debuchy on Saturday.

Antonio Valencia, who was supposedly set for a six-week spell on the sidelines after undergoing arm surgery, could make a surprise early return after it was revealed that his absence from the first team would be shorter than expected.