Jose Mourinho will want to strike the right balance when picking his starting XI for Manchester United’s Europa League game with Feyenoord on Thursday night.

On one hand, this is a must win game for Mourinho’s men: a win would mean that a point in their final group game against Zorya Luhansk would be enough to secure qualification to the last 32.

On the other hand, the Special One will want to rest a few players ahead of Sunday’s encounter with West Ham United.

With that in mind, here is Man United’s best XI to play against Giovanni van Bronckhorst’s side, with Henrikh Mkhitaryan on the right hand side. 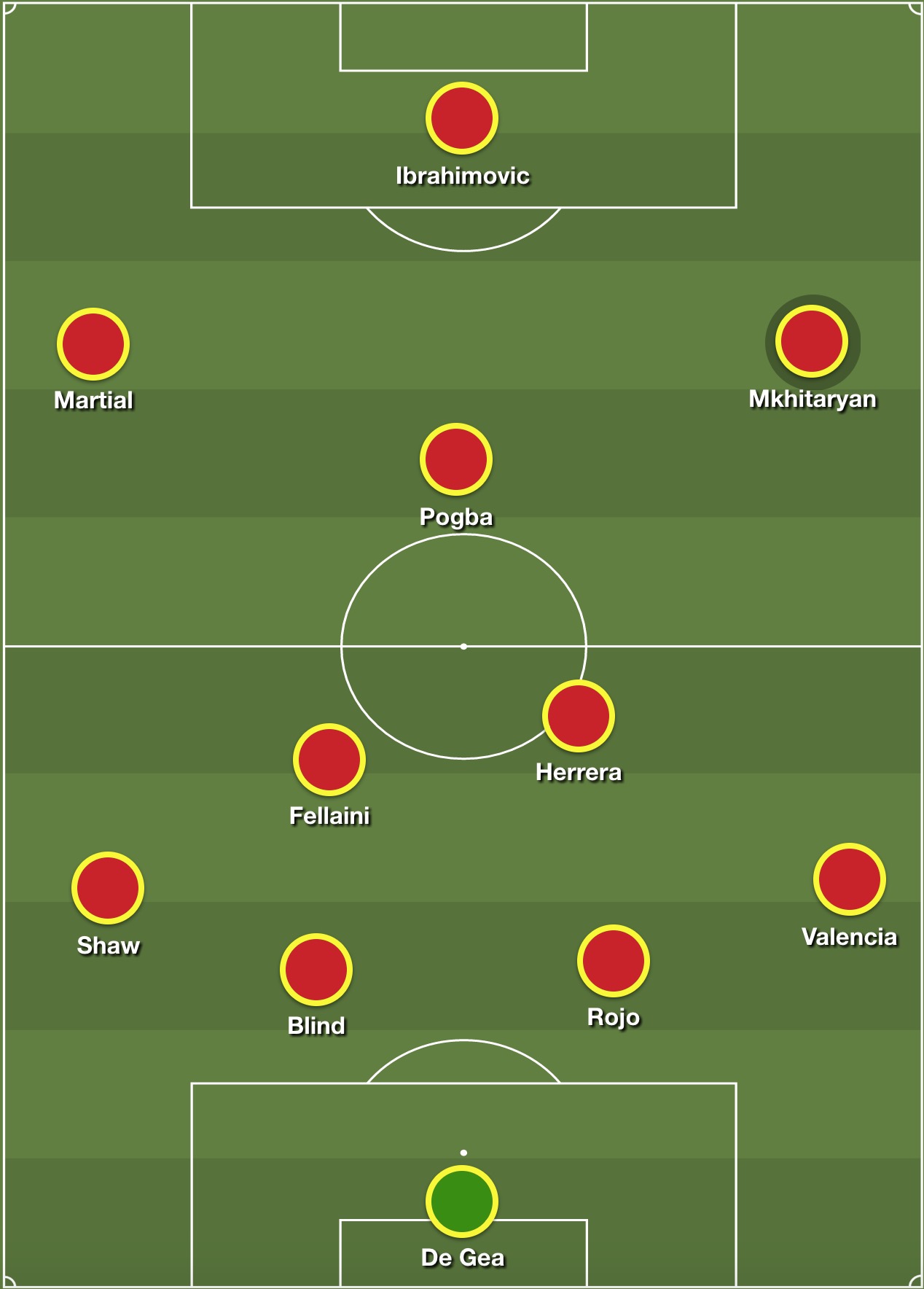 Mourinho, commenting on the growingly frustrating Mkhitaryan saga, confirmed that the Armenian would feature against Feyenoord, citing the encounter as the perfect opportunity for the 27-year-old to impress. Indeed, buoyed by a midfield trio of Paul Pogba, Ander Herrera and Marouane Fellaini, Mkhitaryan – cutting inside in a similar way to Juan Mata against Arsenal, with Antonio Valencia bombing down the flank – could have a field day finding gaps against a Feyenoord side without a win in their last three away trips.

Zlatan Ibrahimovic, who missed out last Saturday through suspension, returns to the starting XI in place of Marcus Rashford. The Swede netted the winner against Zorya on his last European start at Old Trafford, and United fans will hope to see similar exploits on Thursday.