Manchester United go into this Sunday’s Premier League encounter with West Ham in desperate need of a win.

Thursday’s 4-0 win over Feyenoord provided Man United fans with a chance to smile, but Jose Mourinho will know that, with just two league wins in their past seven outings, plenty of work needs to be done in the domestic realm.

With that in mind, here is the strongest XI Mourinho can field against Slaven Bilic’s men this weekend. 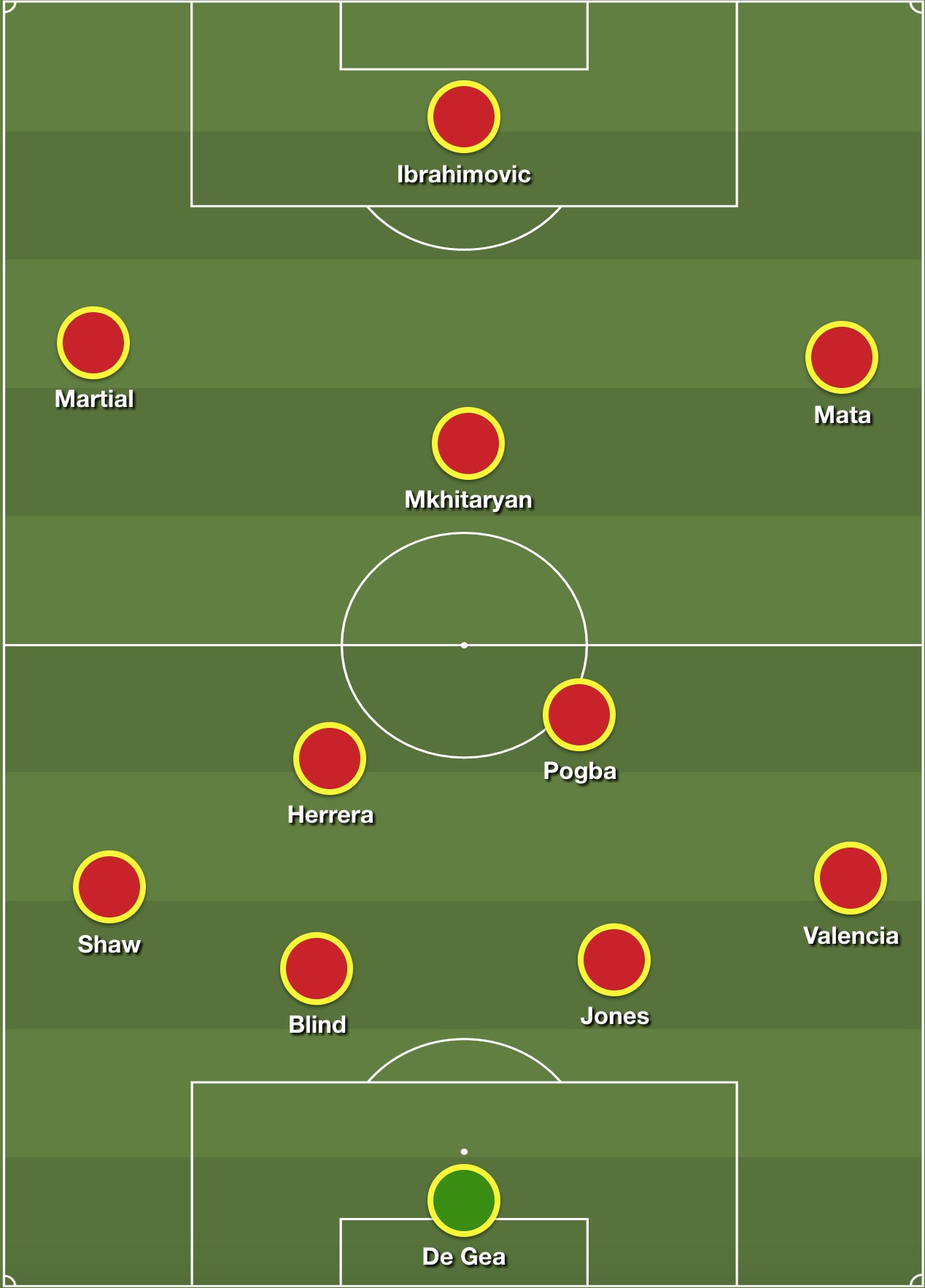 Michael Carrick has been a fundamental lynchpin for United so far this season, but his involvement against both Arsenal and Feyenoord precludes him from taking part on Sunday.

In his place: Ander Herrera. The Spaniard’s tenacity and sheer work rate, normally in a deeper midfield role, has been invaluable so far this season. His partnership with Paul Pogba ensures that United possess both steel and attacking bravado at the heart of midfield, acting as a perfect platform for Henrikh Mkhitaryan – a truly effervescent, mesmerising force against Feyenoord – to take control of proceedings and launch attacks.

The partnership of Juan Mata and Antonio Valencia on the right hand side wreaked havoc against both Arsenal and Feyenoord, and Mourinho will be keen to deploy the pair against Aaron Cresswell on Sunday.