Manchester United will receive a chance to put things right against West Ham United on Wednesday night after slumping to a 1-1 draw with Slaven Bilic’s side last weekend.

Jose Mourinho‘s men responded well to going behind early on, drawing level through Zlatan Ibrahimovic‘s header, but ultimately failed to find a winner.

One headline that came out of Sunday’s draw was the reintroduction of Bastian Schweinsteiger – consigned to training on his own for four months – to the match-day squad. The German started on the bench and didn’t receive a chance to feature.

United will need some fresh legs in midfield for the encounter on Wednesday. And with this in mind, here is a potential XI Schweinsteiger at the base of midfield. 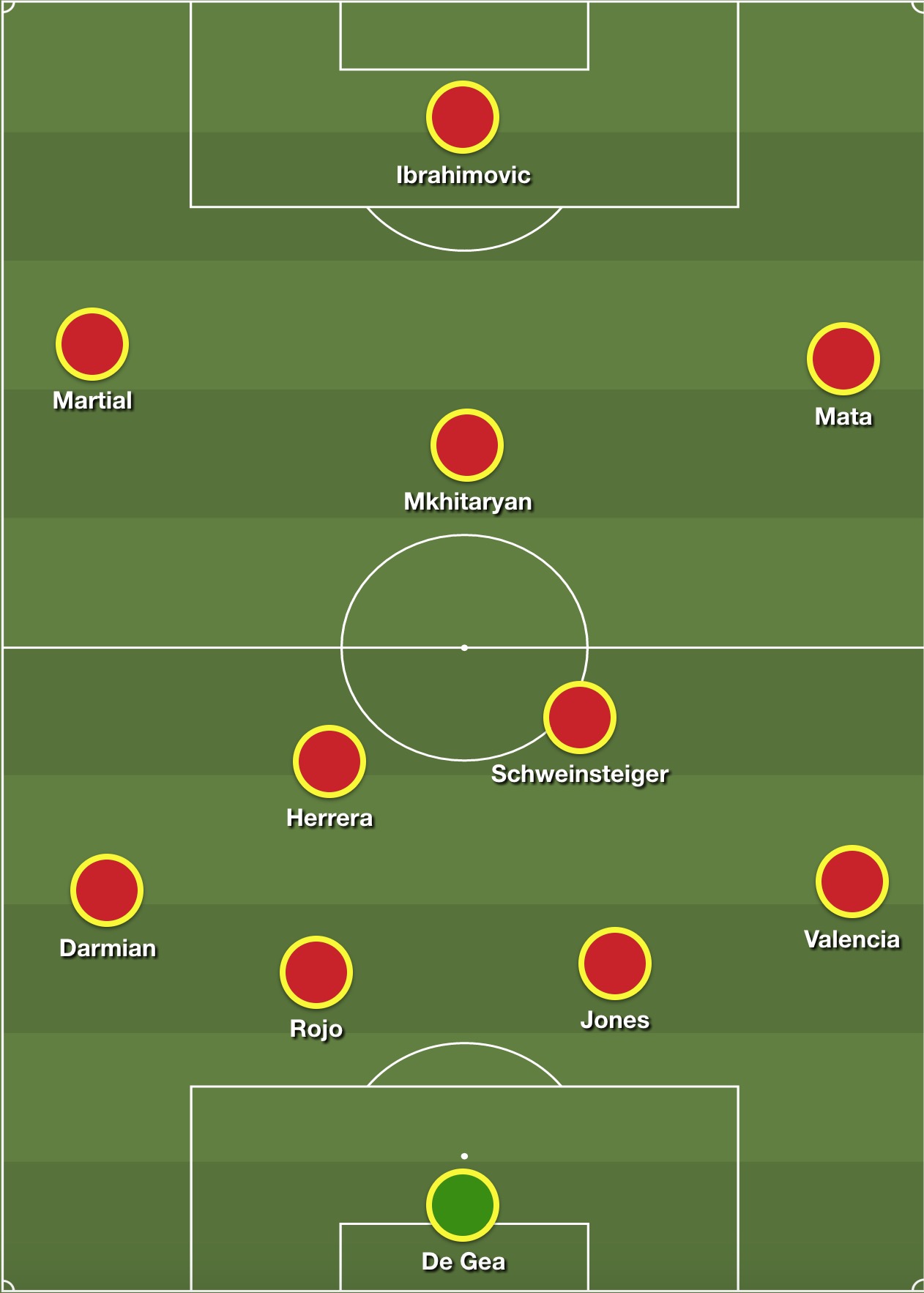 The 32-year-old’s inclusion on Sunday came as a surprise to everyone. This is a man seemingly set for a move to the MLS in January, and Mourinho has not – even for one second – displayed an eagerness to include the midfielder. Perhaps he was there merely as cover for the injured Michael Carrick, acting as a kind of last resort.

But perhaps his inclusion acts as a precursor for an opportunity to start on Wednesday night. Deployed alongside Ander Herrera, the German would adopt a role similar to the one carried out by Carrick this season: sitting deep, gathering and recycling the ball in a calm, orchestrated manner.

Schweinsteiger delivers an element of control to any team, and with United desperate to set the record straight on Wednesday, his presence could act as an important platform for the likes of Henrikh Mkhitaryan and Anthony Martial to thrive.