Many have written off Jose Mourinho‘s men as potential title contenders, and with 11 points separating them from leaders Chelsea you can understand why.

A win against Everton on Sunday, therefore, is simply imperative as Man United enter the busy Christmas period.

Here is a potenial XI for the clash at Goodison Park this weekend. 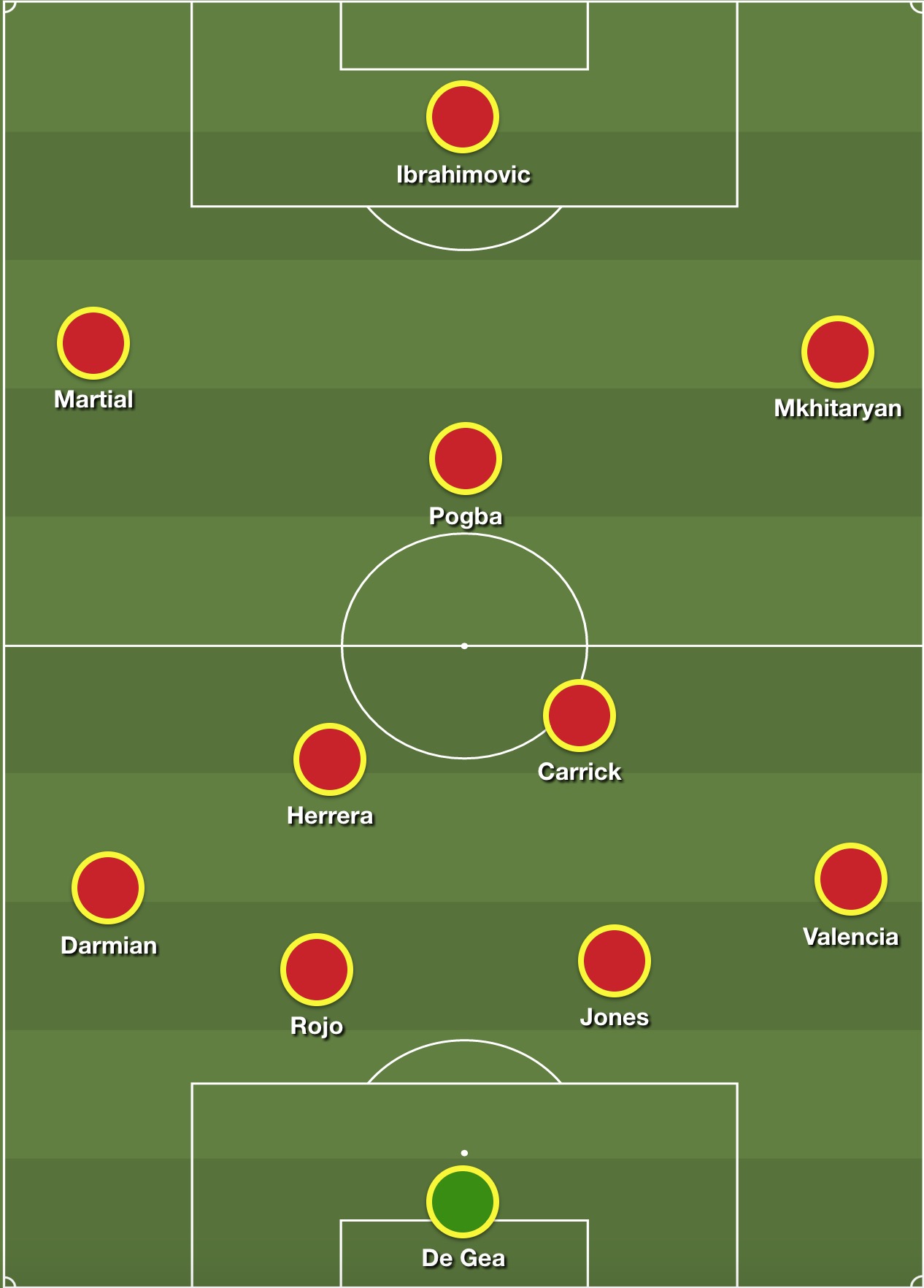 Paul Pogba returns from serving a one-match ban and will most likely feature alongside Michael Carrick. Mourinho, on several occasions, has insisted that the Englishman cannot play more than once a week, but his influence this season has been so fundamental that Mourinho cannot afford to leave him out of such an important encounter.

Wayne Rooney, after picking up a yellow card against West Ham, will miss the game against his former club, paving the way for Henrikh Mkhitaryan – a simply unstoppable force on Wednesday night – to demonstrate his worth against Ronald Koeman’s men.

Anthony Martial, despite making a shaky start to life under Mourinho, showed signs of true menace against West Ham, crowning a powerful display with two goals. His inclusion on Sunday, against a side he decimated on three separate occasions last season, is paramount.

With Chris Smalling, Eric Bailly and – as of last night – Luke Shaw all absent through injury, Mourinho will have to once again field a makeshift defence on Sunday. Phil Jones and Marcos Rojo have formed an unlikely level of chemistry and composure together, and United fans will hope to see them once again hold firm this weekend.