Everton enter this weekend’s contest in an equally precarious position: following a strong start, they have only managed one win in eight, but remain unbeaten at Goodison Park. 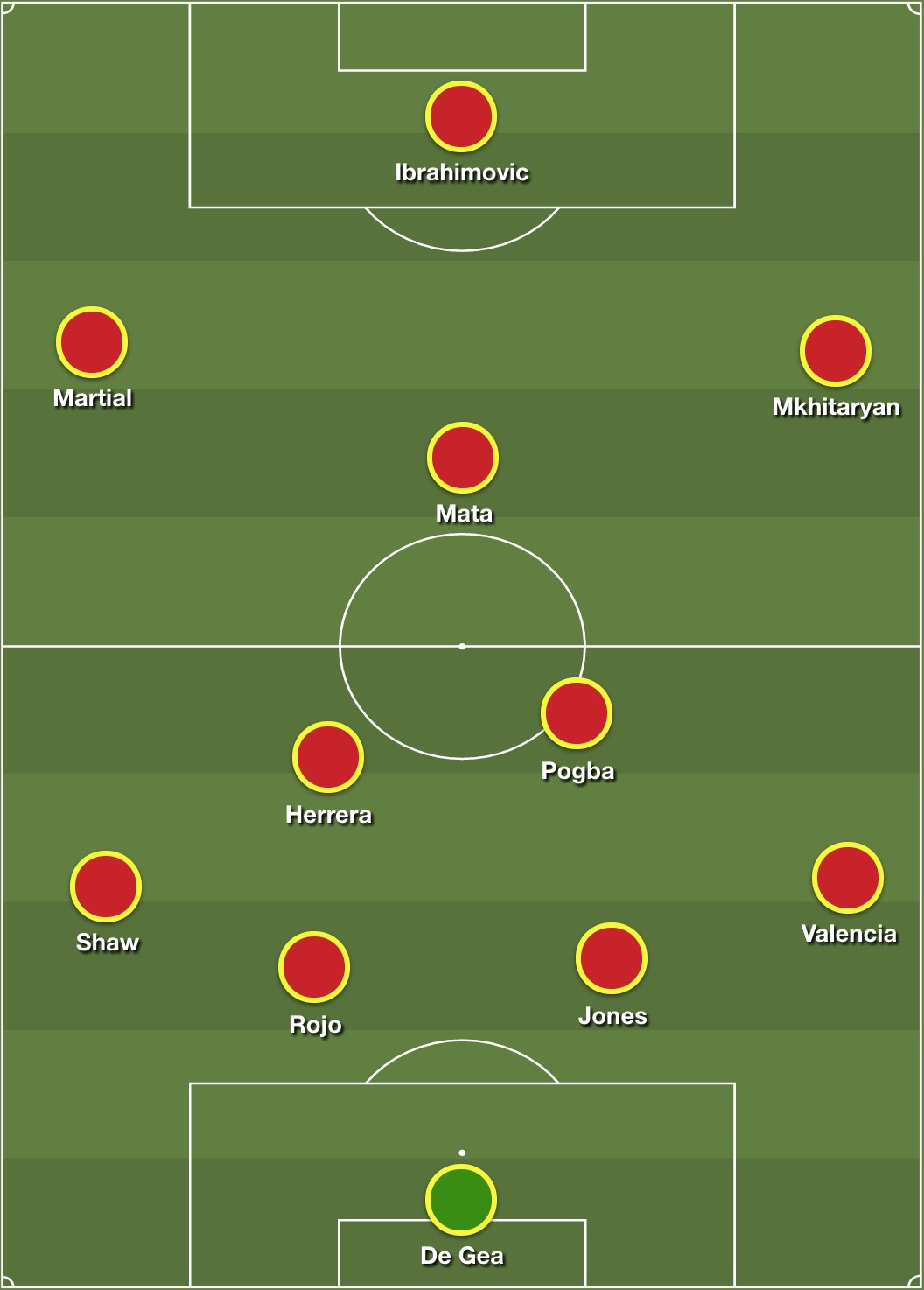 Michael Carrick‘s inclusion on Wednesday will mean that the 35-year-old – who, according to Mourinho, can only play once a week – will most likely miss out on Sunday.

Paul Pogba, back from his one-match suspension, will feature alongside the ever-present, growingly crucial Ander Herrera. Wayne Rooney will miss the game with his former club after picking up a yellow card against West Ham on Wednesday, paving the way for Juan Mata – rested on Wednesday – to make a return to the No.10 role.

Both Henrikh Mkhitaryan and Anthony Martial dazzled United fans with sensational performances against Slaven Bilic’s side in midweek, and Mourinho will be keen to include the pair once again. This does mean that Marcus Rashford and Jesse Lingard, two very consistent performers this season, will miss out, but having such a wide range of attacking options serves as a cause for optimism amongst United fans.