Manchester United haven’t won a European away game since December 2013.

That was a thumping 5-0 win at Bayern Leverkusen in the Champions League, sending Man United through to the Last 16 as group winners. Since then, though, they’ve failed to take wins from trips to Bayern Munich, PSV Eindhoven, CSKA Moscow, Wolfsburg, FC Midtjylland, Liverpool, Feyenoord and Fenerbahce.

One feels that Thursday’s trip to Zorya Luhansk – a side with nothing to play for at the bottom of Group A – serves as a perfect time to break this curse.

Here is a potential XI for the game in Ukraine, with Eric Bailly – included in the match-day squad against Everton for the first time since picking up a knee ligament injury at Chelsea in October – restored to the starting XI alongside Phil Jones. 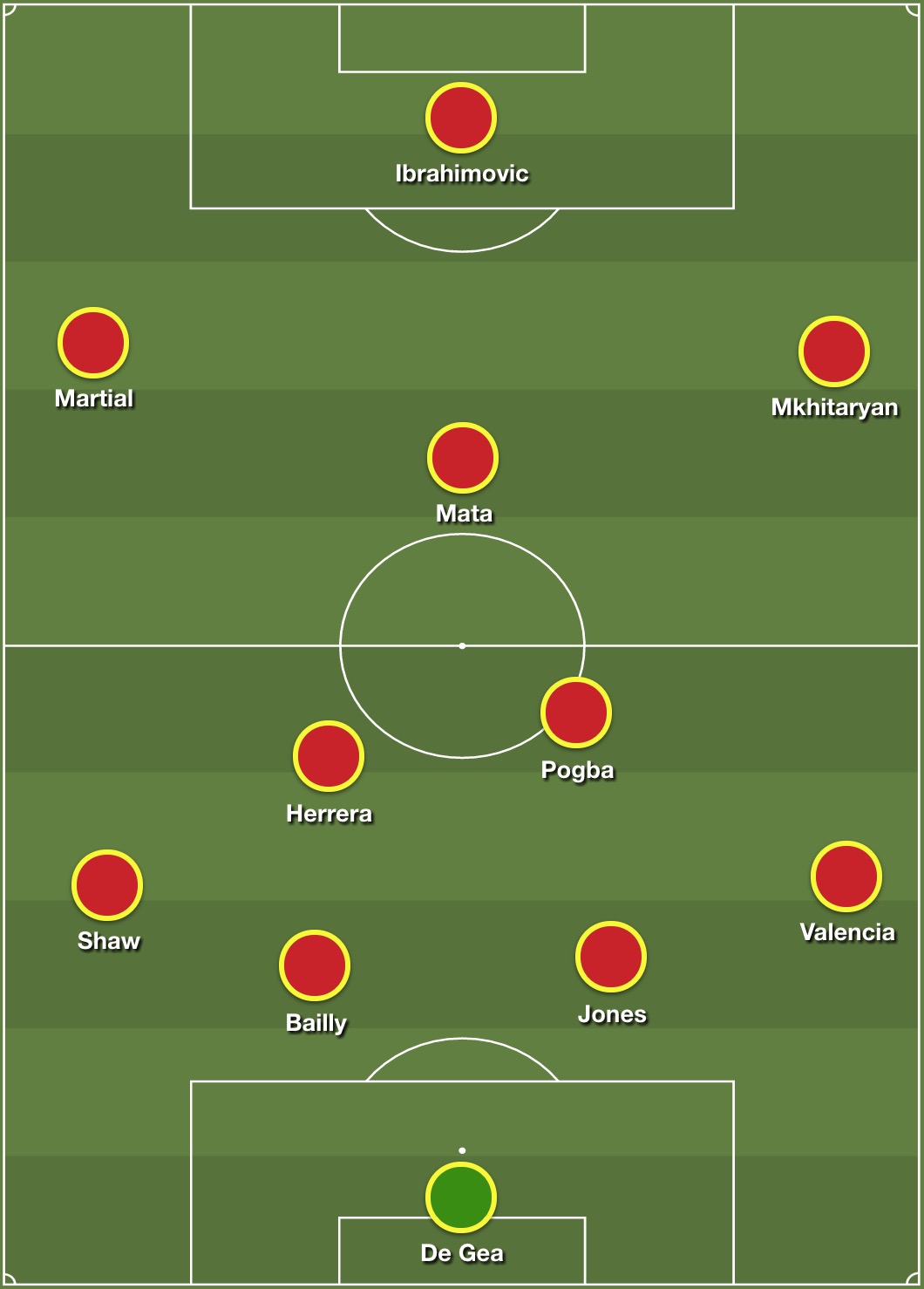 It was thought that, without Bailly, United’s defence would begin to wilt, such was the Ivorian’s astronomical influence up to that point. But their defensive record without the 22-year-old actually makes for impressive reading: six goals conceded in nine games.

That said, Bailly’s presence invokes something far more than mere solidity at the back. The Ivorian gives energy and brutality to United’s back four, almost forcing those around him to remain just as ruthless in the 90th minute as they were in the 1st. And following United’s late breakdown at Everton, his presence in what promises to be a hostile atmosphere could be crucial.