David de Gea, Marcos Rojo and Henrikh Mkhitaryan have all made Garth Crooks’ BBC Team of the Week following Manchester United’s 1-0 win over Tottenham Hotspur in the Premier League.

De Gea, with a string of smart saves to deny Christian Eriksen, and Marcos Rojo, who put in a commanding display at the back, collectively ensured that Jose Mourinho‘s men picked up their first clean sheet since October.

Mkhitaryan produced another scintillating Man of the Match performance, crowning a display hallmarked by precision and attacking impetus with a winning goal after 28 minutes.

The trio were rewarded for their endeavours over the weekend with a spot in Crooks’ Team of the Week. 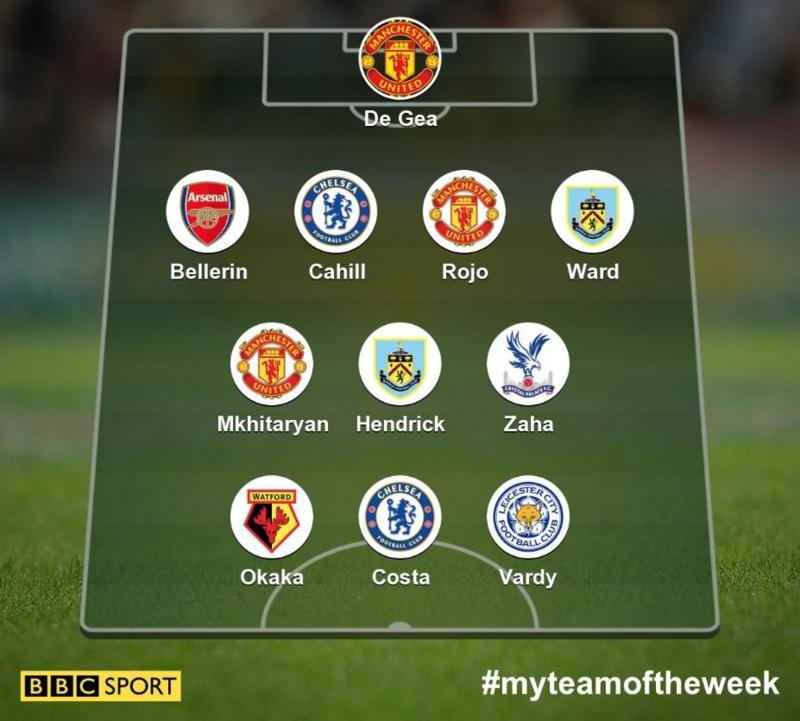 This was, above anything, a win characterised by sheer grit at the back. Recent weeks have seen United engineer positive positions, only to wilt and drop points during the dying stages. Against Spurs, however, Mourinho’s men espoused a sense of determination. Anything less than a win was out of the question, and United’s back four – spearheaded by the ebullient Rojo – were militant as a result, refusing to drop their guard as the game went on.

And then, at the other end of the pitch, there was Mkhitaryan: always looking to pass forward, faultless on the ball, surprisingly quick and, once again, the decisive influence. United fans will be desperate to see him return from injury as soon as possible.