And with Jose Mourinho‘s men still six points off fourth spot, continuing that winning streak into the new year is paramount.

Failure to beat West Bromwich Albion on Saturday, a side they haven’t managed to beat at the Hawthorns since Tony Pulis took charge of the Midlands club, would somewhat undo the good work put in over the last couple of weeks.

With that in mind, here is a potential XI for the game against Pulis’ men. 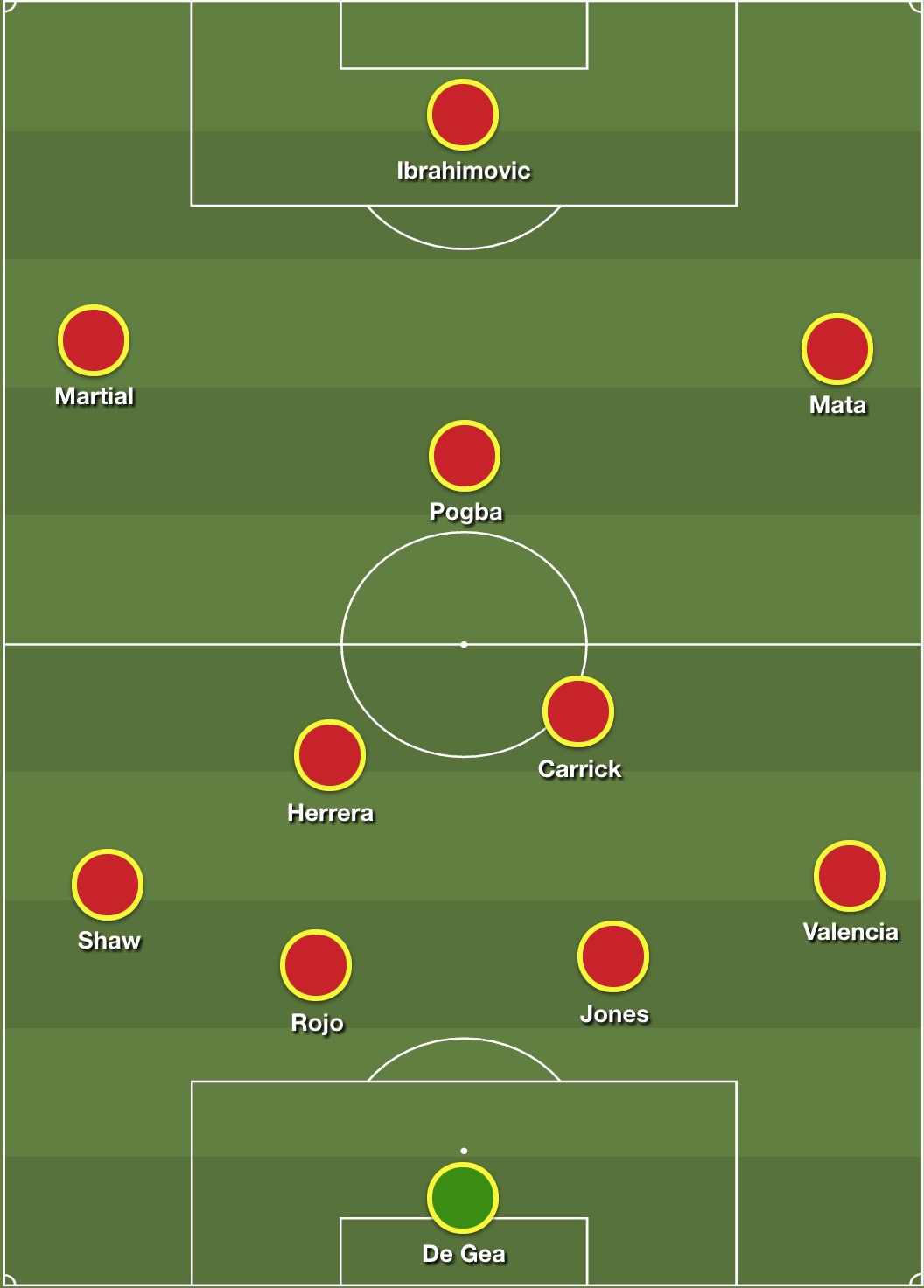 Antonio Valencia, a fundamental component of Mourinho’s side this season, returns to the starting XI after serving his one match ban. The Ecuadorian will step in for Eric Bailly, who only managed 51 minutes at right back before limping off with the same knee problem that kept him out for almost two months.

Luke Shaw hasn’t featured since Man United’s 4-1 win over West Ham United last month, and the youngster will be keen to impress after Mourinho called for the Englishman to improve.

Paul Pogba and Zlatan Ibrahimovic demonstrated their brilliance during United’s 2-1 win over Palace on Wednesday night, with the pair both claiming a goal and an assist, and Mourinho will desperately want to see them continue in the same vein on Saturday.

Anthony Martial didn’t feature at Selhurst Park, paving the way for Wayne Rooney to put in a lukewarm performance on the left hand side. West Brom under Pulis are a notably compact, organised side, and the Frenchman’s ability to offer width and raw pace could come in handy.