Home » Jamie Carragher: Manchester United’s Paul Pogba is one to watch this season

Jamie Carragher: Manchester United’s Paul Pogba is one to watch this season

Former Liverpool centre-back Jamie Carragher has identified Paul Pogba as his ‘one to watch’ for the rest of the season.

The Frenchman, who arrived over the summer for a world record £89m, initially struggled to acclimatise to life at Manchester United.

However, ever since Jose Mourinho opted for a midfield trio of Pogba, Ander Herrera and Michael Carrick, the 23-year-old has begun to display his brilliance at Old Trafford.

And Carragher, speaking prior to Liverpool’s 1-0 win over Everton on Monday night, identified Pogba as his ‘one to watch’ for the next few months. 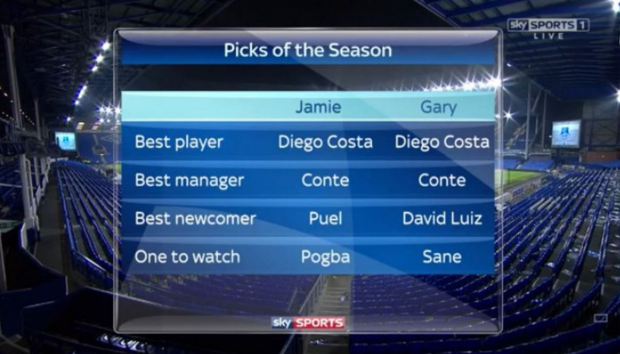 As Mourinho’s midfield trio continues to grow in stature, Pogba’s influence has evolved exponentially. The wall of noise surrounding his price tag has quietly dissipated, with the Frenchman now showing signs of his game-changing brilliance on a growingly regular basis.

The poise of Carrick, coupled with the sheer tenacity of Herrera, gives Pogba the perfect platform to fully express himself: rampaging runs forward, inch-perfect passes, thunderous shots from distance and brute strength, seemingly never losing the ball. This is what United fans now see on a regular basis. And at the age of 23, Pogba will only continue to further impose himself on English football as the years go by.