Manchester United vs Middlesbrough: Potential XI with Mkhitaryan and Mata

Manchester United can extend their unbeaten run to 12 games – and their winning run to six – against Middlesbrough on New Year’s eve.

The watching world will expect the home side to ease past a Middlesbrough side without an away win since August.

With that in mind, here is a potential XI for the game on Saturday with Henrikh Mkhitaryan and Juan Mata operating on the flanks. 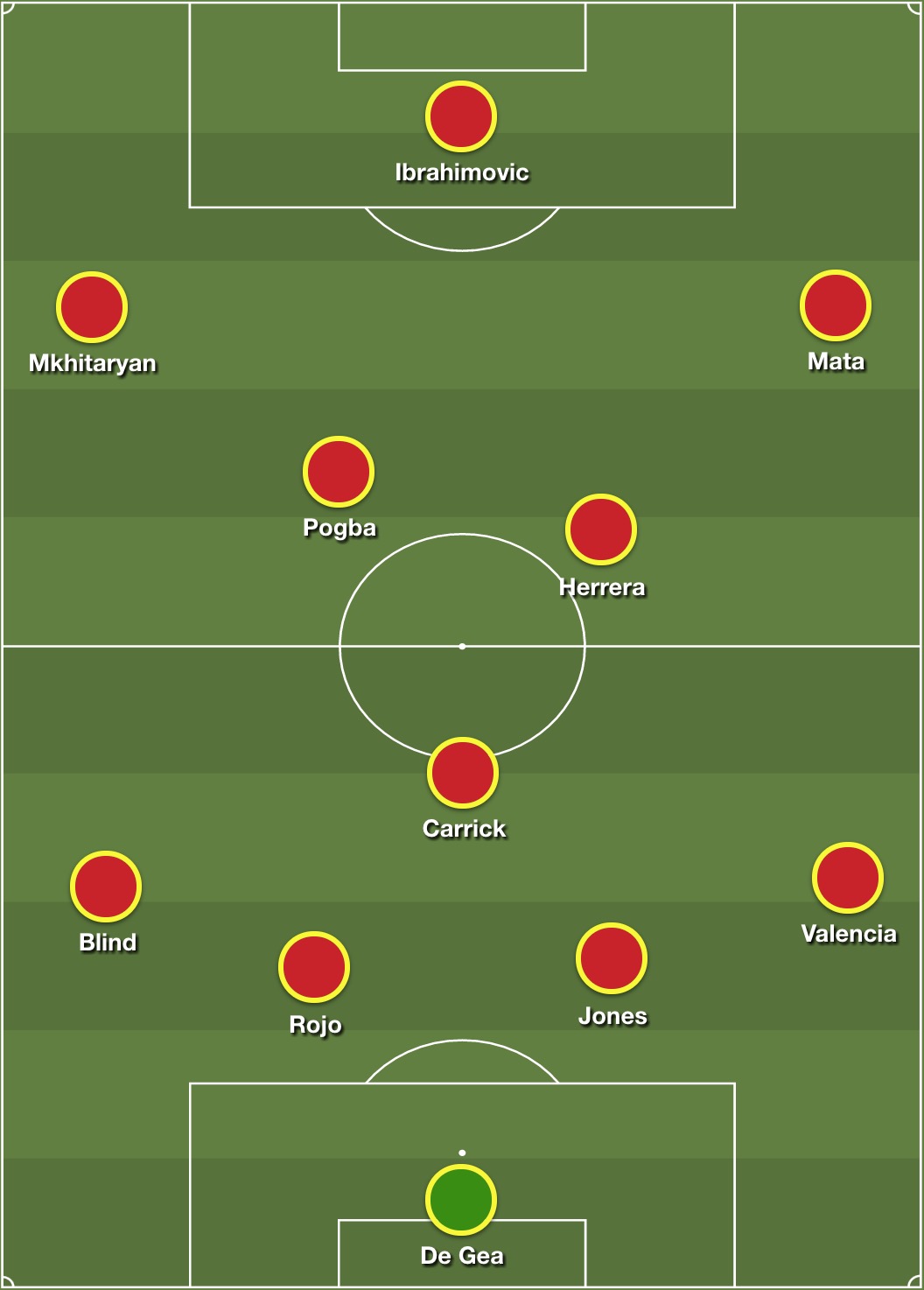 Mourinho has generally deployed Mkhitaryan on the right hand side, occasionally placing him in a more central role. But the Armenian, as supporters of Shaktar Donetsk and Borrusia Dortmund will attest, can play anywhere in attacking midfield, and his presence on the left hand side will allow for Juan Mata to feature on the right hand side.

The prospect of both Mata and Mkhitaryan – two supremely talented and technically gifted forces going forward – featuring in the same side is nothing short of tantalising, and could prove to be vital against a Middlesbrough side bound to remain rigid and compact, with the pair generating enterprise and unpredictability going forward.