Manchester United can extend their unbeaten run to 12 games – and their winning run to six – against Middlesbrough on New Year’s eve.

Jose Mourinho‘s men welcome a Middlesbrough side without an away win since August, making the home side clear favourites to round off 2016 with a bang.

The 53-year-old, speaking at a press conference earlier today, confirmed that both Wayne Rooney and Luke Shaw will miss Saturday’s game.

And with that in mind, here is a predicted starting XI for the clash with Aitor Karanka’s side. 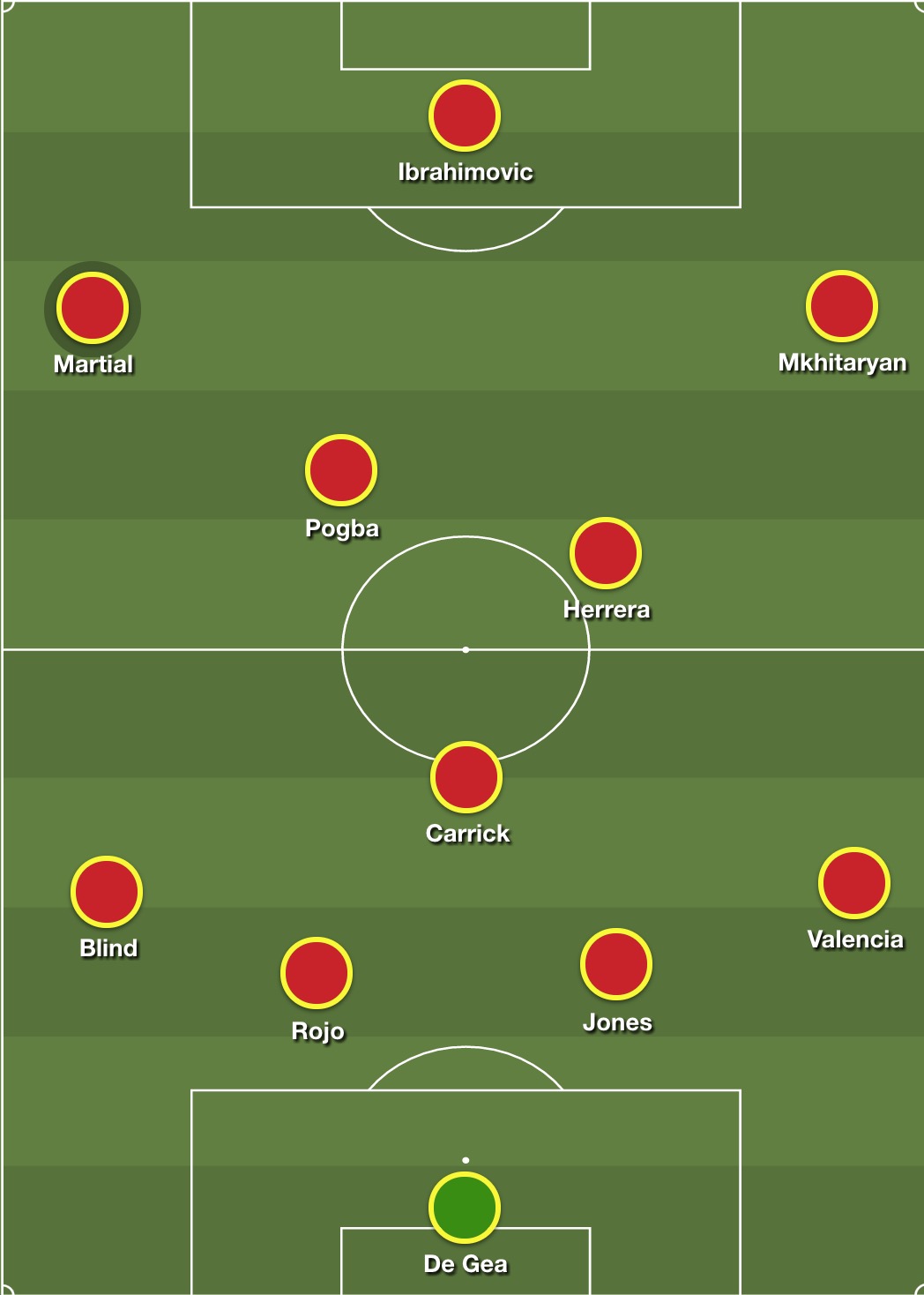 With 11 goals in his last ten games, Zlatan Ibrahimovic is virtually undroppable. Every game seems to present at least one glimmer of a chance for the Swede, and that’s all he seems to need: ruthless, powerful, full of arrogance – the perfect Manchester United striker.

But despite Zlatan’s recent brilliance, most of the chatter has revolved around Henrikh Mkhitaryan, who announced himself on return from injury in superb fashion with a sumptuous scorpion kick that capped off a scintillating midfield cameo.

The midfield trio of Michael Carrick, Paul Pogba and Ander Herrera has continued to impress, and Mourinho will be keen to see them develop further heading into the new year. Daley Blind will accompany the regular defensive trio of Marcos Rojo, Phil Jones and Antonio Valencia in Shaw’s absence.