Manchester United vs Reading: Potential XI with Rashford and Fosu-Mensah

Jose Mourinho‘s men – who achieved their biggest winning run of the post-Fergie era following a 2-0 win over West Ham United on Monday – have a chance to extend their winning run to eight games against the third placed Championship side.

And following a heavily congested December schedule Mourinho will be keen on giving several players a chance to rest ahead of the game against Liverpool on January 15.

With that in mind, here is a potential starting XI for the game against Reading with Marcus Rashford replacing Zlatan Ibrahimovic at No.9 and Timothy Fosu-Mensah stepping in for Antonio Valencia at right back. 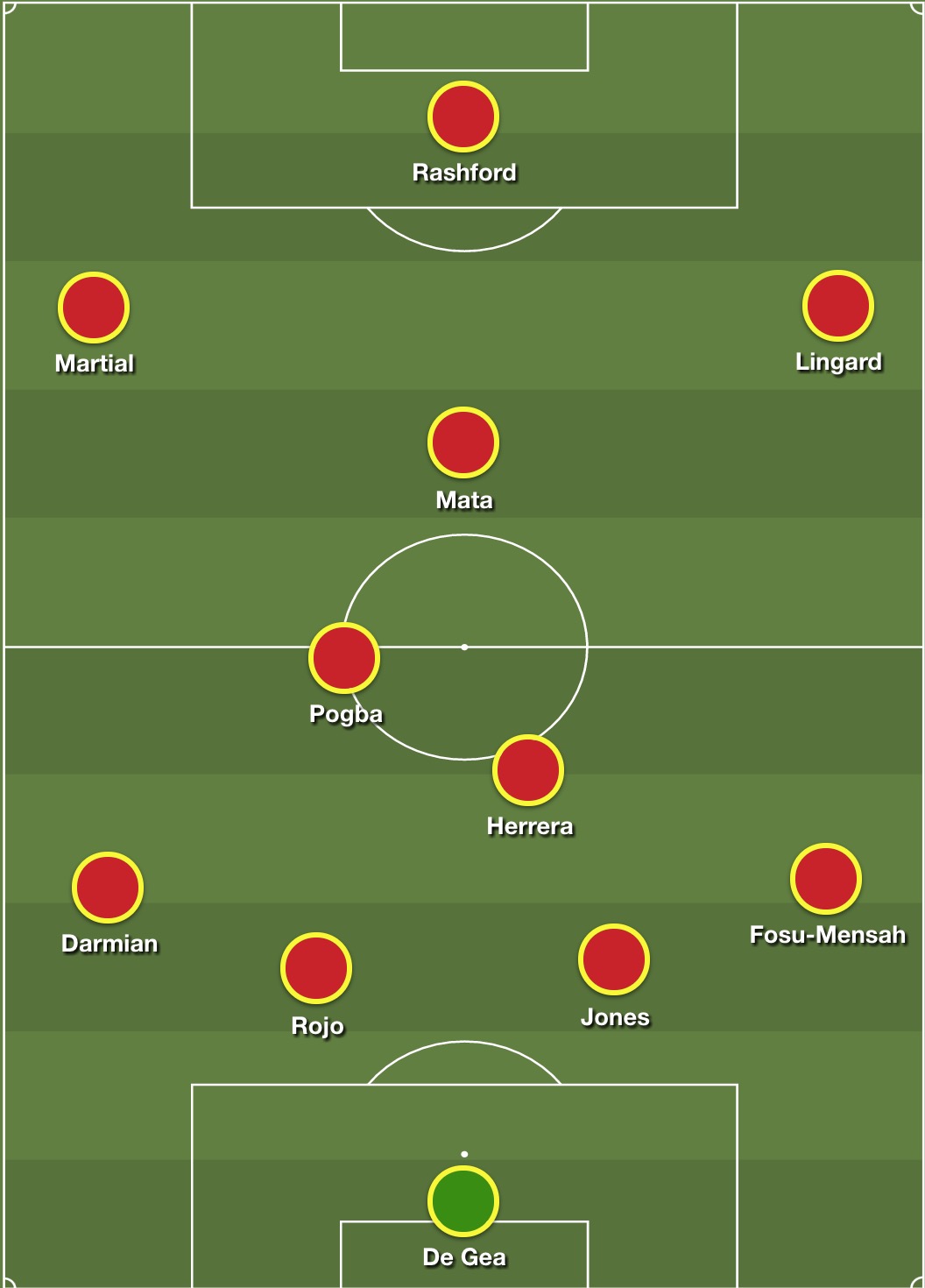 Rashford more or less single handedly changed the game against West Ham: his raw speed and fearlessness on the ball was too much for the tiring home side, and by the 80th minute they were clearly just waiting until the demolition reached its conclusion. His last appearance at No.9 dates back to the 1-1 draw with Arsenal in early November and Mourinho will be keen on handing Ibrahimovic a well-deserved rest after a December period that didn’t see him miss one minute of action.

Fosu-Mensah hasn’t made a start since signing a new contract back in October, mainly due to United’s new-found firmness with Marcos Rojo and Phil Jones at the back, thriving alongside the ever-present Antonio Valencia, but the game against Reading serves as a wonderful opportunity for the Dutchman to demonstrate exactly why Mourinho handed him a four year deal.