Manchester United will begin their defence of the FA Cup on Saturday full of confidence following their comfortable 2-0 win over West Ham United earlier this week.

Victory against Jaap Stam’s men would extend their unbeaten run to 14 games heading into the potentially season-defining encounter with Liverpool on January 15.

Man United are unbeaten in their last nine FA Cup games against sides outside the Premier League, but an in-form Reading side – currently sitting in 3rd spot in the Championship – could serve as an unlikely stumbling block.

With that in mind, here is Mourinho’s strongest potential XI for the game on Saturday. 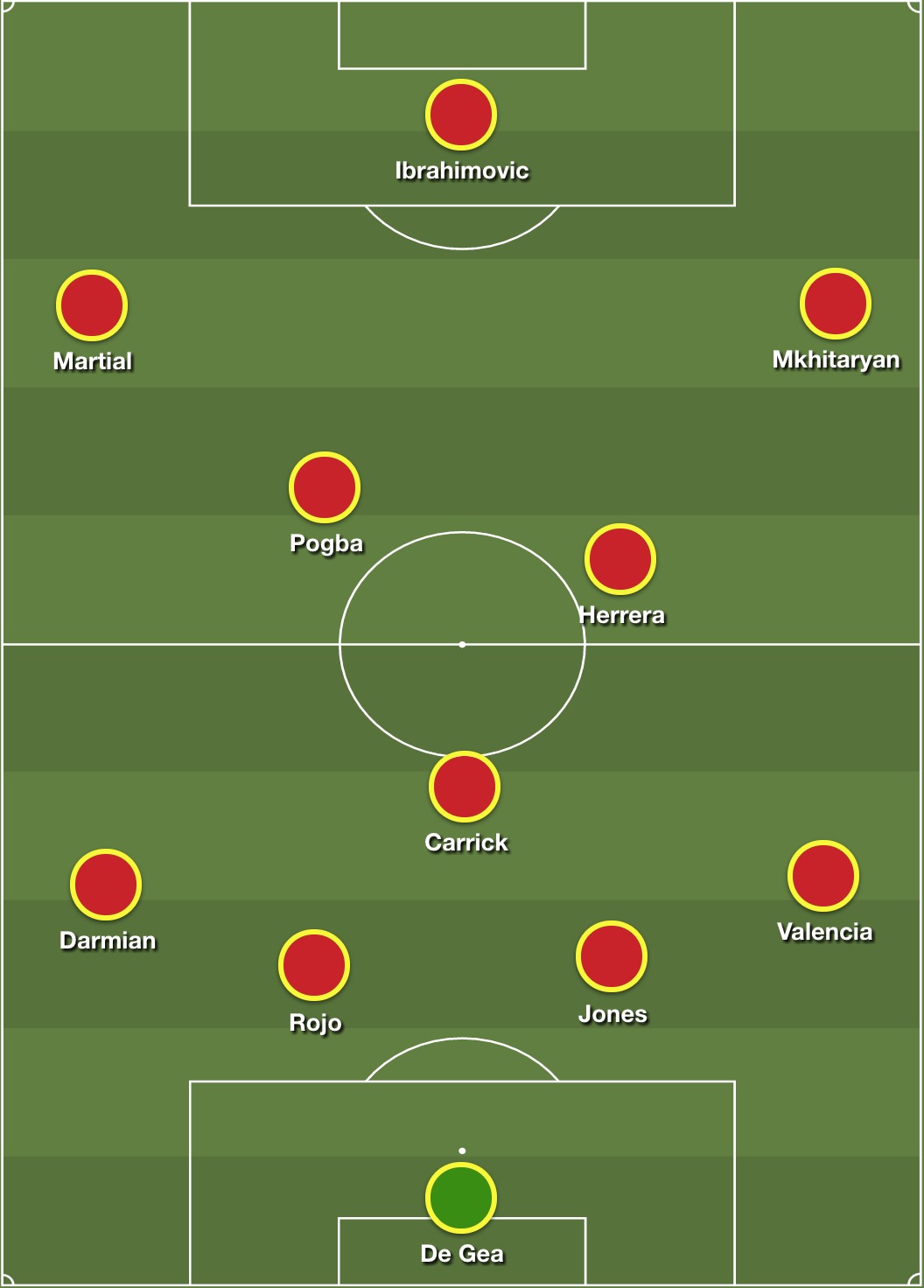 With ten goals in as many games, Zlatan Ibrahimovic is essentially undroppable. The Swede didn’t miss one minute of action throughout December and yet remained just as potent throughout, demonstrating – once again – to the watching world that his energy levels border on inhuman; Reading’s back four should be concerned.

The superbly balanced and effective midfield trio of Michael Carrick, Ander Herrera and Paul Pogba has underpinned United’s recent success, and Mourinho will want to see them firing once more against the Royals.

Phil Jones and Marcos Rojo picked up another clean sheet against West Ham, displaying their usual steel and efficiency as a pair. And with Eric Bailly now occupied by the African Cup of Nations, the duo look likely to feature once again on Saturday.