Sunday’s game against Liverpool will, in one way or another, define how Manchester United’s season pans out.

A win would see Jose Mourinho‘s men move to within two points of Jurgen Klopp’s currently second-placed side, whilst anything less would consign them to further obscurity in sixth spot.

With that in mind, here is Jose Mourinho‘s strongest potential XI for the game against Liverpool on Sunday. 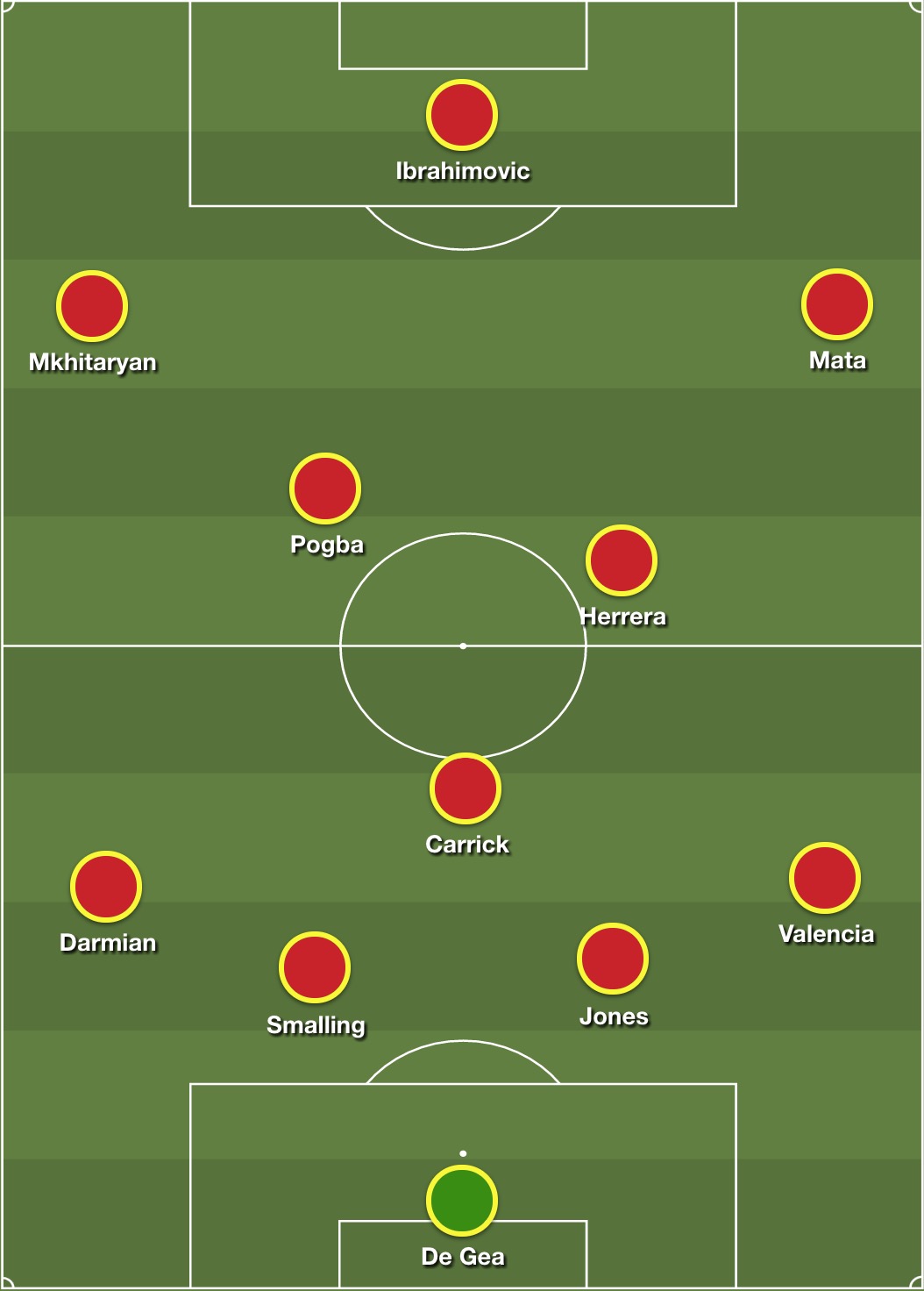 Juan Mata‘s spellbinding display during Man United’s first leg 2-0 win over Hull City in the League Cup reminded supporters of the Spaniard’s capacity to dominate opponents from start to finish, orchestrating several sublime pieces of interplay before – almost out of nowhere – netting an all-important opener. He is the master of the unexpected, and his recent record against Liverpool, coupled with his current form in front of goal, means that he deserves a place in the starting XI.

Marcus Rashford and Anthony Martial have both impressed in recent weeks with their raw energy going forward, and they could prove to be vital influences from the bench.

Zlatan Ibrahimovic, following a two game rest, returns to the starting XI with a superb record of ten goals in his last ten games, whilst the favoured midfield trio of Michael Carrick, Ander Herrera and Paul Pogba also feature.