Man United were unlucky in the first-half as Paul Pogba gave up a penalty due to handball, with James Milner stepping up to the spot to make it 1-0.

However, Zlatan Ibrahimovic found the back of the net once again for Man United in the closing minutes of the game and allowed Jose Mourinho to claim one point in the Premier League from the clash.

Here’s a look at Beckham at full time. 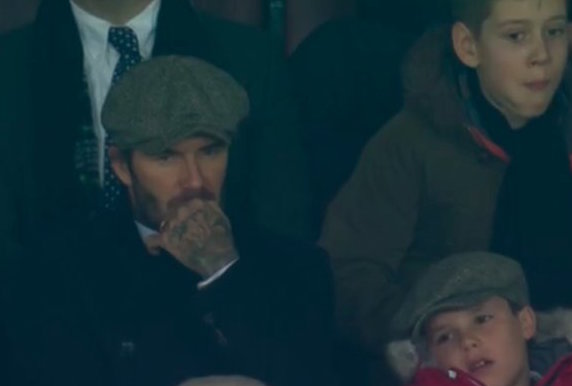 Both sides hand chances to score throughout the game, and had United been more clinical infront of goal, they would have been able to claim all three points against Jurgen Klopp’s men.

The clash against Liverpool acted as a must-win fixture, as United now sit 12 points behind league leaders Chelsea, meaning they must win their games moving forward to keep a hold of the gap.

They have a good set of fixtures in January and will need to make their chances count when they face Stoke City in the Premier League next Saturday at the Britannia Stadium to avoid any similar mistakes again.