Manchester United will be desperate to return to winning ways against Stoke City on Saturday after being held to a draw by Liverpool last weekend.

With that in mind, the visit to Stoke City – a place where Man United haven’t won during the post-Fergie era – feels like something of a must-win encounter.

Here is a potential XI for the contest with Mark Hughes’ side with Henrikh Mkhitaryan, Juan Mata and Ibrahimovic. 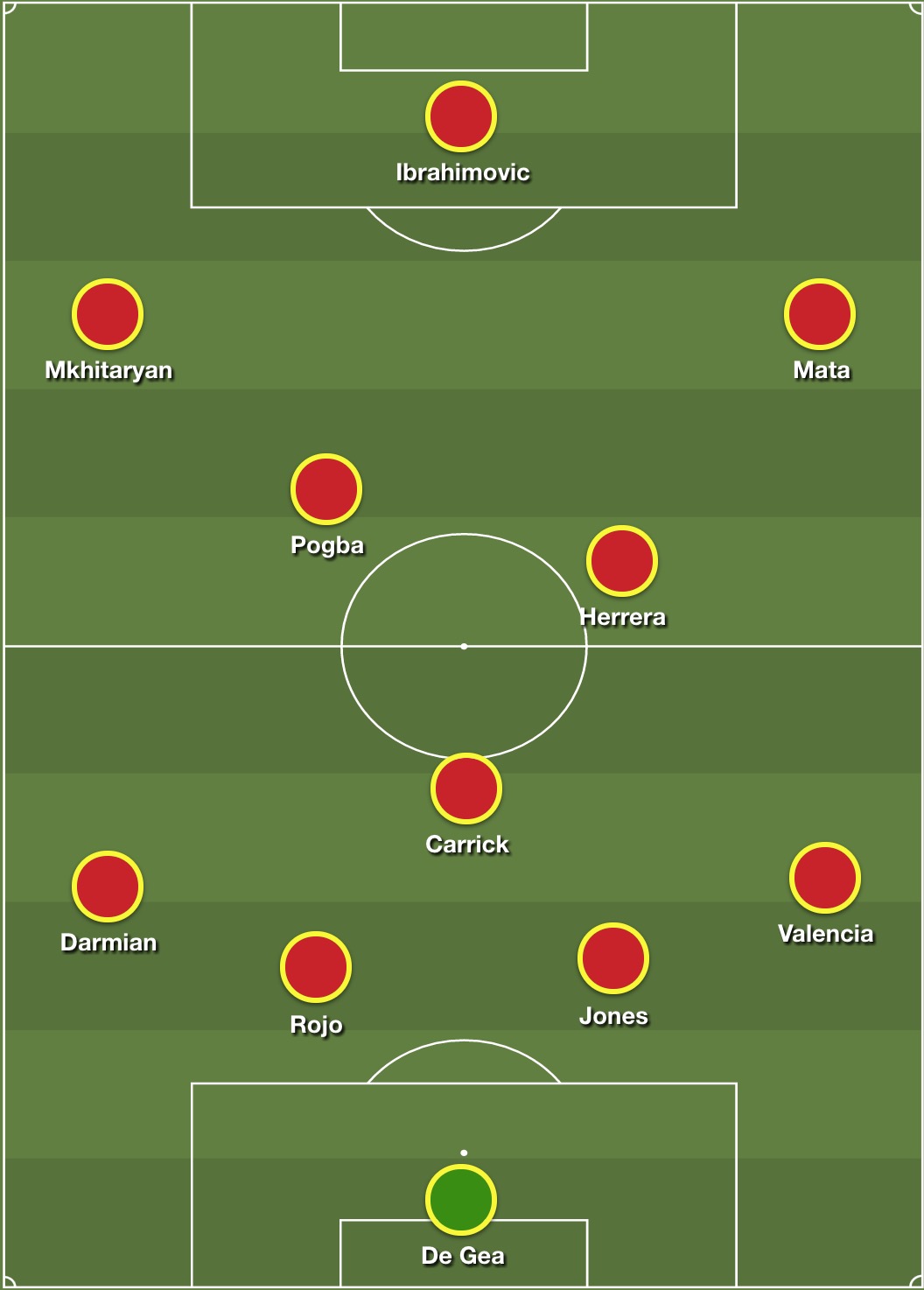 Playing Stoke in 2017 is nothing like playing Stoke in, say, 2011. The days of Rory Delap’s long throws, Ricardo Fuller and Tony Pulis – always chewing gum, always wearing that cap – are well and truly gone.

Under Hughes the Potters boast an impressive array of individual talent all across the pitch, with a clear emphasis on a powerful and yet far more dynamic approach going forward. An impressive mixture of strength and technical prowess has ensured that Stoke spend their time happily occupying mid-table purgatory for most of the season.

Mourinho, therefore, will not look to neutralise Stoke with an overly physical approach, but instead opt for an attacking line-up capable of moving the ball with purpose and precision, ensuring that the home side are pinned back and prohibited from exerting their usual influence. This is why Mkhitaryan and Mata – United’s leading sources of craft and skill – could both start.

Zlatan Ibrahimovic‘s inclusion goes without saying. He is the side’s talisman, their ultimate reference point, and with 13 goals in as many games he’ll be brimming with confidence and desire at the Britannia.