Jose Mourinho will know that his Manchester United side can set up a potential League Cup final date with Liverpool next month by avoiding a two-goal defeat against Hull City in the League Cup semi-final on Thursday.

Man United head to the KC Stadium firmly in the driving seat after a comfortable 2-0 win – hallmarked by goals from Juan Mata and Marouane Fellaini – in the first leg earlier this month.

Mourinho’s men will be keen to make a statement against Marco Silva’s side after being held to a frustrating draw by Stoke City last weekend.

With that in mind, here is a potential XI for the game against Hull. 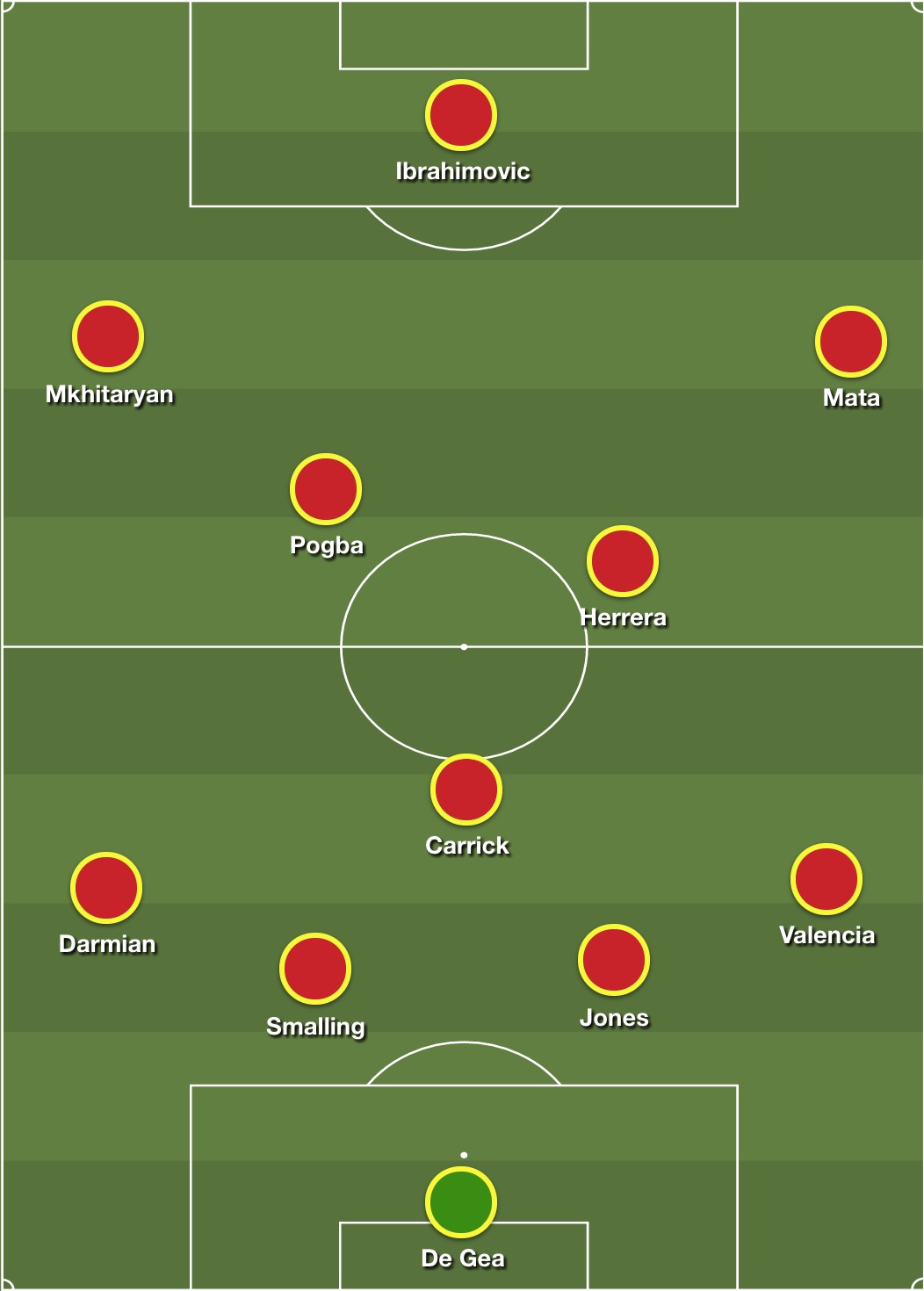 Anthony Martial and Mourinho has clearly arrived at some sort of impasse in recent weeks, with various murmurs from the Frenchman’s camp suggesting that Martial, left out of the match-day squad over the weekend, has grown frustrated at a recent lack of game time. He will most likely sit out once again on Thursday, making way for Henrikh Mkhitaryan – who produced a superb performance against Stoke – to occupy the left flank.

Mourinho will want to hand Mata a chance to redeem himself against Hull following a truly calamitous afternoon – hallmarked by an own goal and simply woeful miss from 5 yards out – last time out.

Michael Carrick was rested during the game against Stoke, with Mourinho clearly keen on keeping the Englishman fresh for a game that United will want to dominate from start to finish.

Marcos Rojo, despite initial reports claiming that the Argentine wouldn’t miss any January fixtures, continues to be sidelined through injury, and United fans will most likely see Chris Smalling step into his place once again on Thursday.