Manchester United will book their place in the League Cup final if they avoid losing by a two-goal margin against Hull City on Thursday night.

Goals from Juan Mata and Marouane Fellaini in the first leg of Man United’s semi-final tie with the Tigers placed Jose Mourinho‘s men firmly in the driving seat ahead of the clash at the KC Stadium.

The 53-year-old may be tempted to rest a couple of important players on Thursday whilst maintaining a strong midfield and defensive core.

With that in mind, here is a potential XI for the game against Marco Silva’s side with Marcus Rashford coming in for Zlatan Ibrahimovic and Timothy Fosu-Mensah stepping in for Antonio Valencia at right back. 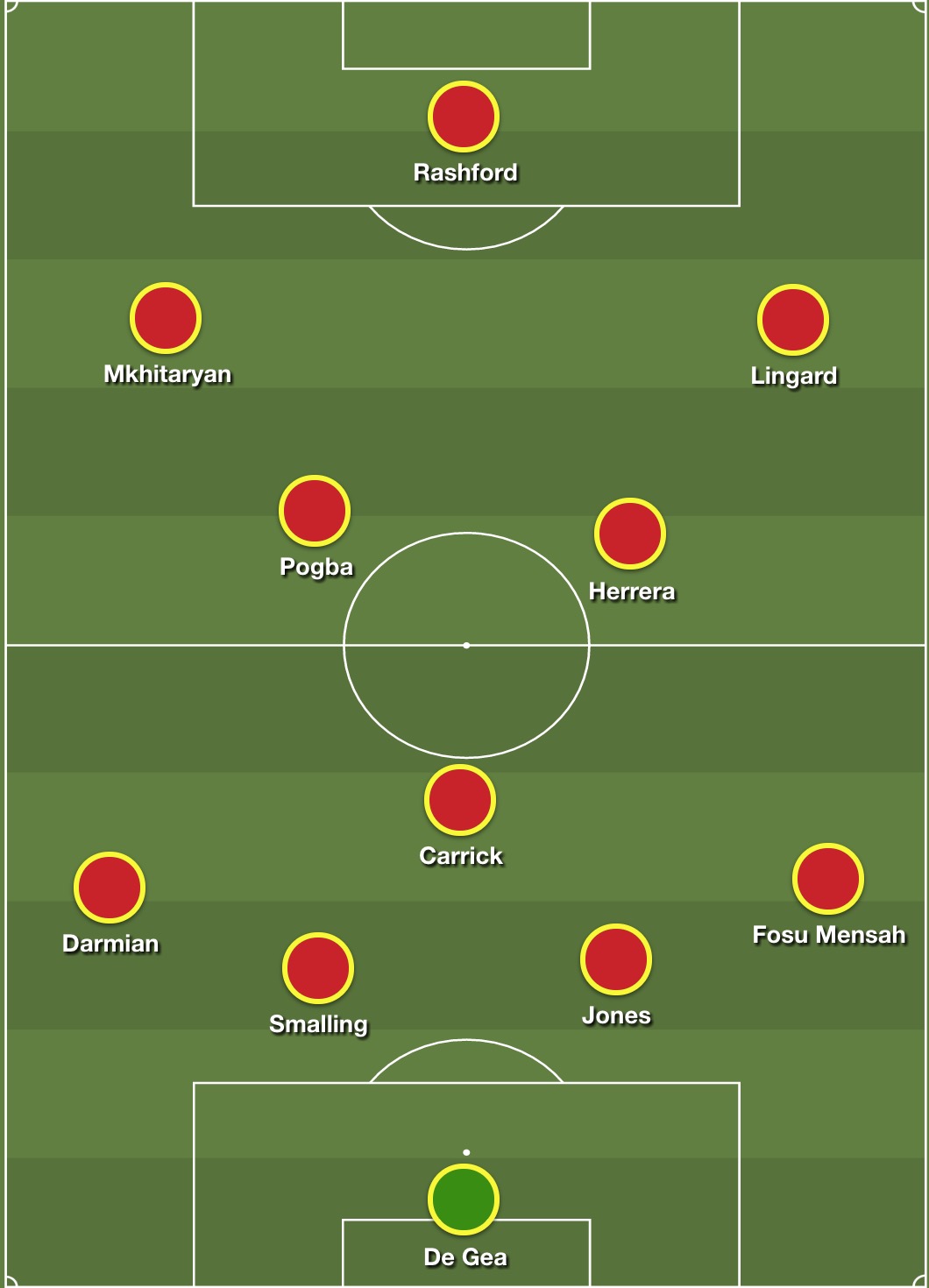 United’s last visit to the KC Stadium was hallmarked by a memorable injury time winner from Rashford, who rounded off a superb cameo from the bench with a smart tap in. And with Hull – two goals behind in the tie – pouring forward in search of that all-important first goal, the 19-year-old’s raw energy on the break could be crucial.

Timothy Fosu-Mensah hasn’t managed a start under Mourinho since being handed a new contract back in October, and the Dutchman – who impressed in cup ties against West Ham United and Everton last season – will be determined to demonstrate his worth to the boss on Thursday night.